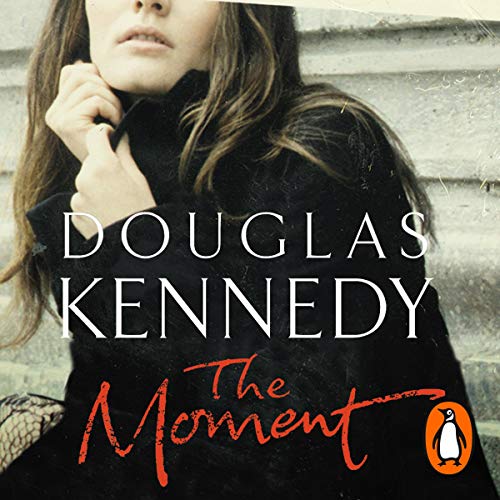 By: Douglas Kennedy
Narrated by: Jeff Harding,Patience Tomlinson
Try for £0.00

Thomas Nesbitt is a divorced American writer in the midst of a rueful middle age. Living a very private life in Maine - in touch only with his daughter and still trying to reconcile him to the end of a long marriage that he knew was flawed from the outset - he finds his solitude disrupted by the arrival, one wintry morning, of a box postmarked Berlin. The return address on the box - Dussmann - unsettles him completely. For it is the name of the woman with whom he had an intense love affair twenty-six years ago in Berlin - at a time when the city was cleaved in two, and personal and political allegiances were haunted by the deep shadows of the Cold War.

Refusing initially to confront what he might find in that box, Thomas nevertheless finds himself forced to grapple with a past he has never discussed with any living person - and in the process relive those months in Berlin, when he discovered, for the first and only time in his life, the full, extraordinary force of true love. But Petra Dussmann - the woman to whom he lost his heart - was not just a refugee from a police state, but also someone who lived with an ongoing sorrow beyond dreams... and one which gradually rewrote both their destinies. In this, his tenth novel, Douglas Kennedy has written that rare thing: a love story as morally complex as it is tragic and deeply reflective. Brilliantly gripping, it is an atmospherically dense, ethically tangled tale of romantic certainty and conflicting loyalties, all set amidst a stunningly rendered portrait of Berlin in the final dark years before The Wall came down.

Like all of Kennedy’s previous, critically acclaimed bestselling novels, The Moment is both un-put-down-able and profound. Posing so many searching questions about why and how we fall in love - and the tangled way we project on to others that which our hearts seek - it is a love story of great epic sweep and immense emotional power.

What listeners say about The Moment

Whilst not 'loving' this book, I'm glad I stuck with it because I did enjoy the storyline!!! There were a couple of historical points I take issue with (having lived in Germany in the 80s), the first being that Tom and Petra drank Pinot Grigio...........I don't think so, in those days all you could get was German wine and also Tom eating a spaghetti carbonara, again I really don't think so. Spaghetti bolognaise was pretty much the extent of the pasta selection! My biggest problem with the book, and one that certainly took strength to overcome was the utterly dreadful narration!!! Jeff Harding was fine as Tom, a deal less fine as Petra, Alaistair and the others but rubbish as Johannes! Patience Tomlinson was truly awful!!! Her nasally, high pitched tone was very distracting, coupled with her abysmal interpretation of the German accent (I thought Petra was in fact Asian when Patience was narrating), throwing in the odd 'v' (the German way of sounding a 'w') and then only doing it occasionally does not a German accent make!!! Jeff Harding didn't fare much better with Johannes who sounded like an Eastern European, definitely not a German. Honestly, if a book is worth narrating, then surely it's worth narrating well?

I have read every book written by this author and they have been great. This one is the only one I have not liked. It is also the only one I have listened to rather than read. Though I think the story is weak, it is the narration that really lets it down.
Jeff Harding is fine, it is Patience Tomlinson who is dreadful. Her voice grates on the ears. I have heard her read before on R4 and she was fine but here she is truly dreadful. Maybe it is the accent she is trying to put on but she reads with a real shrill and nasal tone which is very distracting.
The book should have just been read by Jeff Harding doing all the voices and I am sure it would have benn much better.

Jeff Harding made this beautiful love story for me. what a wonderful narrator. I didn’t like the female narrator

The moment the voice changed!

Douglas Kennedy paints a believable picture with lots of what ifs and the story is rich. The narration is not great with a sudden change from Jeff Harding to Patience Tomlinson when you had just started to believe that Petra did speak in a really low voice!
If you can get past this the book has unexpected twists which kept me interested until the end.beta inappVoteInfo

A great story that gives an insightful view of Berlin before the wall came down. Twists and turns with unexpected stories. Always loved Kennedy’s books. Wish there were more

What would have made The Moment better?

Would you be willing to try another book from Douglas Kennedy? Why or why not?

Yes - have read and enjoyed other books by him

Jeff Harding is excellent. Hovewer, Patience Tomlinson, although good, seems to be about 60 years old - her voice and tone are quite unsuitable for the character of Petra

How to ruin an interesting story

Douglas Kennedy always writes a good story but in this case it was completely spoilt by the terrible narration. Jeff Harding has a most bizarre and inappropriate intonation and phrasing which is horribly distracting. His ludicrous vocal interpretation of female characters is truly awful, as was his dreadful attempt at an English accent. Patience Tomlinson, whilst a bit better, was also a big disappointment. I'm sorry to be so negative but a good and unusual story was, in my opinion, ruined entirely owing to the way it was read.
I would not recommend this version of the story for the reasons stated above.

As always, Douglas Kennedy delivers with a pacy story, great use of language with some French and German woven in. His story blends the complexities of human relationships, culture and history in such a way, that you can't help but keep reading late into the night! Also, it will make you want to travel to where the story is set, i.e. Berlin, West Germany; before 'The Wall' came down. Loved it, loved it! Read the book as soon as it came out, then purchased the audio book as well. Really enjoyed Jeff Harding's narration-who also narrated Temptation (by Douglas Kennedy).

A gut wrenching love story that leaves you winded

Would you listen to The Moment again? Why?

Highly recommended! This book makes you want to rush out and sieze every single moment you possibly can with your loved ones, lest they be snatched from your life.

The narration was a little annoying in that one moment (no pun intended), Petra was being narrated by Jeff Harding, and then inexplicably, it changed to Patience Tomlinson (who sounded like a bit of a robot). But luckily I'm an undying romantic and I stuck with it.

I knew there had to be another twist in the tale, but it still came as a surprise. It makes Romeo and Juliet look tame. A gut wrenching love story that leaves you feeling winded! Beautiful, sad and a wonderful read!

What made the experience of listening to The Moment the most enjoyable?

I missed almost two nights of sleep....I just couldn't stop listening. The plot and character development were a tiny bit slow at the beginning but knocked my socks off by the end! The plot was so unexpected at points, yet the emotional connection to the characters just kept developing. I ALMOST cried at the last few paragraphs and I NEVER cry during books!!

There are SO many good lines in this book, I think I am going to buy the actual book just to highlight!!! Also, this is a book that SHOULD definitely be transformed for the big screen.

Great book but a terrible reader

The author is a favourite author of mine. The story is deep and filled with twists but the female voice is beyond irritating and enough not to make me buy another audio book.
Terrible !!!

This is why I love Douglas Kennedy

If you could sum up The Moment in three words, what would they be?

What other book might you compare The Moment to and why?

In terms of enjoyment, I really enjoyed the first Douglas Kennedy book I ever read, which was Temptation. This also had lots of great twists and turns. Five Days was also as good. Douglas Kennedy books never seem to go the way you expect them to. I like that.

I really liked hearing each reader perform the voices of the opposite sex.

A lesson in disbelief

This book was long, but it was worth my time.