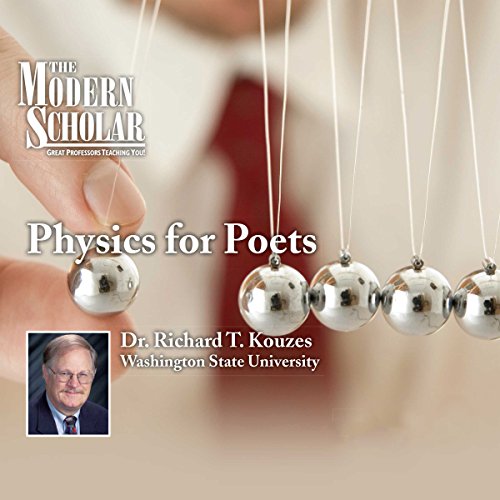 The Modern Scholar: Physics for Poets

The Modern Scholar: Physics for Poets

For many with a background in humanities, the thought of exploring the sciences can seem to be daunting at best. This can be especially true with regard to physics which often incorporates complex mathematical formulas as well. But that doesn't have to be the case. In fact, many of the most significant principles of physics can be broken down and understood in very easy-to-understand terms. That is exactly the manner in which Professor Richard Kouzes handles the subject in this engaging series of lectures.

Exploring many of the most significant concepts in physics, Professor Kouzes explains each in a very straightforward and approachable manner. He begins by examining the history of physics - the "knowledge of nature" - as a science which encompasses the study of matter and all of the phenomena that are observed in our universe. He also explores the origins of physics, tracing it back to the ancient world. Subsequent lectures then delve into some of the major principles of physics such as the Laws of Motion, Energy, Thermodynamics, and Electromagnetism. Building upon these, Professor Kouzes then guides listeners to a better understanding of some of the more complex applications of physics such as Nuclear Physics and Quantum Mechanics and the ways in which physics impacts each of lives on a daily basis.

I found Physics for Poets to be easy to understand engaging, and well done overall.