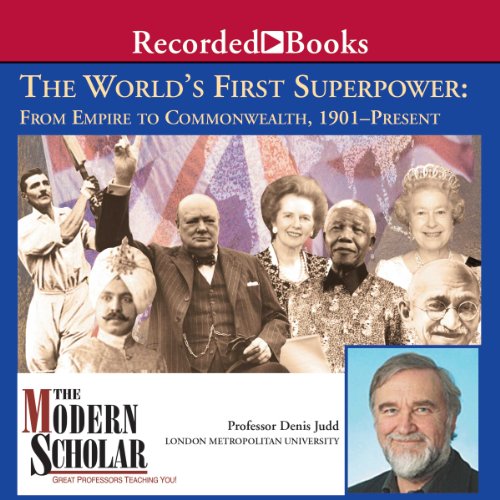 This course will examine the development of the British Empire from the death of Queen Victoria in 1901, via its greatest territorial extent in 1919 to its eventual decline and end in the years after World War II, and its final transformation into the Commonwealth of independent nations.

We shall examine the material advantages that the Empire brought to Britain, and also scrutinize the burdens and anxieties that it imposed. It is important to realize what an extraordinary, complex, and huge organization the British Empire was. One quarter of the human race lived within its borders and it covered about the same amount of the globe.

We shall proceed chronologically, but also look closely at particular themes and interactions. Not every single unit in this huge global organization will be assessed, but we will seek to uncover the basic historical truths overall about what happened and why.

Despite his stylish shortcomings

Despite the stylish shortcomings, this set of lectures on the British History is highly digestible and to the point, I like the way Judd summerised the lecture into point form before every lecture. I only wish a bit of humour can be added to the lectures to make it more lively.