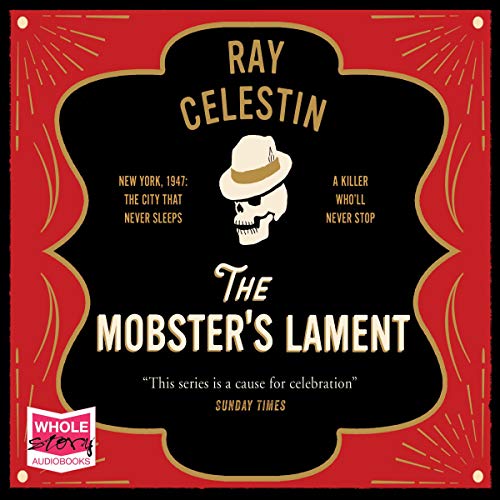 By: Ray Celestin
Narrated by: Christopher Ragland
Try for £0.00

'This whole thing has got police cover-up written all over it,’ Ida said, rising.

Private Investigator Ida Davis has been called to New York by her old partner, Michael Talbot, to investigate a brutal killing spree in a Harlem flophouse that has left four people dead. But as they delve deeper into the case, Ida and Michael realize the murders are part of a larger conspiracy that stretches further than they ever could have imagined.

Meanwhile, Ida’s childhood friend, Louis Armstrong, is at his lowest ebb. His big band is bankrupt, he’s playing to empty venues, and he’s in danger of becoming a has-been, until a promoter approaches him with a strange offer to reignite his career....

And across the city, nightclub manager and Mob fixer Gabriel Leveson’s plans to flee New York are upset when he’s called in for a meeting with the ‘boss of all bosses’, Frank Costello. Tasked with tracking down stolen Mob money, Gabriel must embark on a journey through New York’s seedy underbelly, forcing him to confront demons from his own past, all while the clock is ticking on his evermore precarious escape plans.

Ray Celestin’s third instalment in his multi-award-winning City Blues Quartet is both a gripping neo-noir crime novel and a vivid, panoramic portrait of New York - from its tenements to its luxury hotels, from its bebop clubs to the bustling wharves of the Brooklyn waterfront - all set as the Mob is rising to the height of its powers and Senator Joe McCarthy begins to plot his own reign of terror....

What listeners say about The Mobster's Lament

I have listened to all three, all fabulous but this book perhaps the best.
They were made to come to life with the marvellous narration.

This and the previous two books in the series have wonderfully complicated plots, wholly likeable protagonists and a great sense of time and place. I can’t remember a trilogy I enjoyed more.

An reasonable end to the series

I needed to finish the trilogy and I’m glad I did but this one is no better than the others (although it’s no worse either). Plenty of violence and unpleasant mobsters to contend with and Michael and Ida back together to defend his son who is accused of a murder he didn’t commit but won’t talk about. It could have been shorter and snappier and I’d have enjoyed it more but the series ended well so I’m glad I listened to it in the end.

I have enjoyed all of this series. The fact that this one takes place in the city that is my home, NYC, made it all the more fun.