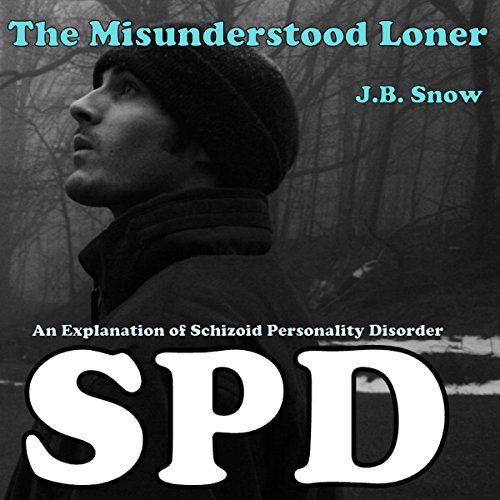 The Misunderstood Loner: An Explanation of Schizoid Personality Disorder

You may have seen them. Maybe you are one of them. The teens who prefer to be alone and who avoid making social connections with their peers. The adult who stays in his basement playing videogames or browsing the Internet. The little boy who chases frogs at the pond by himself instead of finding some friends to go fishing with. Maybe it is the woman who surrounds herself with cats and lives deep in the country, rarely venturing into town - even for necessities. Are these people shy, or do they have something that is much more pervasive?

Humans, by nature, generally want to be social with others. We thrive on conversation, interaction, and learning from each other. We were designed to be able to pass along our knowledge to the generations that come after us, and we strive to educate ourselves in order to be more sufficient and able to provide for our families or become productive members of society.

There is a subset of people who are different from the normal population. Their brains are wired a bit differently, or they went through experiences in their lives that contributed to their introversion, social avoidance, and shyness. They may have been sensitive children who were neglected or abused, never encouraged to learn about the world around them. Their feelings may have been invalidated while they were young, so they learned to keep their emotions inside instead of sharing them with others around them. They learned to be self-sufficient instead of relying on others and on society for their needs.

Some of these shy individuals who we classify as loners may be afflicted with a disorder called schizoid personality disorder...."

What listeners say about The Misunderstood Loner: An Explanation of Schizoid Personality Disorder