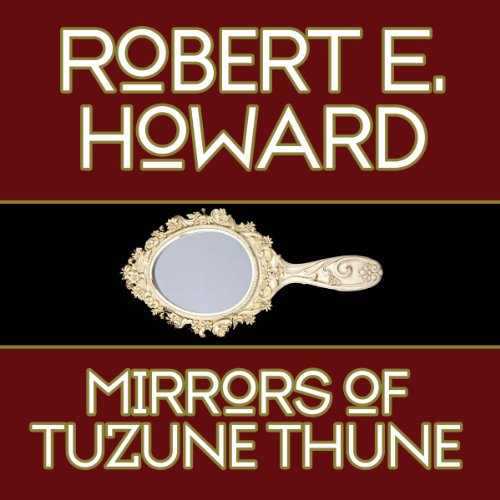 The Mirrors of Tuzun Thune

Kull, king of Valusia, was overcome with unrest and was unsure of what he needed to do. A girl of the castle told him to seek Tuzun Thune, a wizard who knew all the secrets of life and death. When Kull visits the wizard, he learns that the wizard uses mirrors to allow Kull to look into the past and the future. But it is the mirror that shows only his own reflection that sends Kull into a distracting world of contemplation. It is only after Kull has been lulled into the mirrors of Tuzun Thune that the truth of the mirrors is revealed.

Robert E. Howard (1906-1936) was an American author who made his name writing inexpensive fiction magazines known as pulp fiction. He is known as the father of sword and sorcery, a subgenre of fantasy/historical fantasy, which involves swordwielding heroes and violent adventures. Howard's most famous creation in this genre was Conan the Barbarian. He tragically committed suicide at the age of 30 but his name and literary legacy have lived on.

What listeners say about The Mirrors of Tuzun Thune

If you could sum up The Mirrors of Tuzun Thune in three words, what would they be?

Have you listened to any of Christopher Sorrensen’s other performances before? How does this one compare?

Yes. Both were good although I preferred this one.

Although I'm a huge Howard fan, I haven't read much of his Kull stories. I was surprised by just how much I enjoyed this one. I won't ruin it, but it has a meditative section that mirrors some Buddhist thoughts and I absolutely loved it. It's a short read that is definitely worth it.