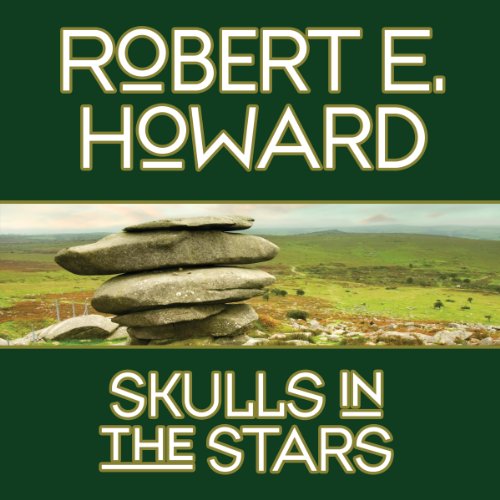 Skulls in the Stars

By: Robert E. Howard
Narrated by: Christopher Sorrensen
Try for £0.00

Solomon Kane was heading to Torkertown and had two routes to choose from a direct route across a moor, or a long tedious route through the swamps. Ignoring the warning of the villagers that he had just left behind, he decides that he will take the direct route across the moor. A young man of the village, seeing that Kane is heading towards the moor, rushes to beg him to please take the swamp route the next day instead of venturing through the moor at night.

The boy tells him of the old miser, Ezra, who dwells on the moor but will be of no help, and his cousin Gideon who went crazy and died in the night. Kane, craving the adventure that lies ahead of him, decides to meet the madness of the moors head on. After a ghastly experience in the moor, Kane reveals to the village the truth of what is going on in the night.

Robert E. Howard (1906 - 1936) was an American author who made his name writing inexpensive fiction magazines known as pulp fiction. He is known as the father of sword and sorcery, a subgenre of fantasy/historical fantasy, which involves swordwielding heroes and violent adventures. Howard's most famous creation in this genre was Conan the Barbarian. He tragically committed suicide at the age of 30 but his name and literary legacy have lived on.

What listeners say about Skulls in the Stars

Not the best of Howard, but still good

Would you consider the audio edition of Skulls in the Stars to be better than the print version?

The description of how the fight between Solomon and the creature left me wanting a bit more explanation and the addition of the "skulls in the stars" line (as one of Howard's references to his stories being set in the Lovecraftian universe - you'd never guess if you didn't know a bit about Howard himself) was just a random, one off line. There wasn't a lot of other supernatural (in a Lovecraft sense of the word) foreshadowing, and it certainly shouldn't have been a title. Yet, this is one of the Solomon stories, and I'm such a fan of Howard's other writing that I don't mind a bit. It's still worth a read. It's short and a bit "dreary / spooky."