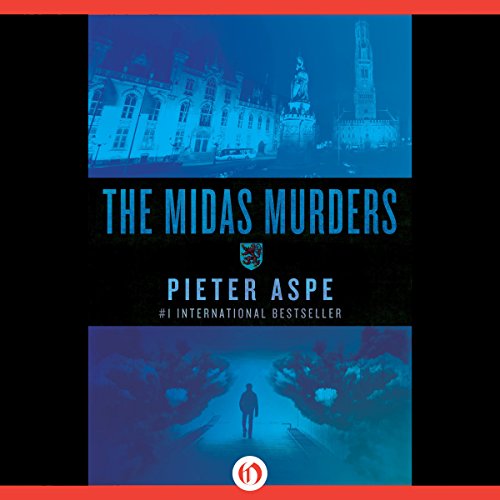 In the second novel by the international best selling Pieter Aspe, Inspector Van In races against the clock to thwart a series of terrorist plots.

One quiet snow-covered Sunday morning in Bruges, a prominent business executive is found dead in the streets, apparently due to an alcoholic hemorrhage, but for Inspector Van In, there is something about the autopsy that does not add up. When he questions the businessman's friend, a Dutchman, he too is found dead the next morning, burned to death in a house fire.

When there is an explosion in the middle of a popular tourist area in downtown Bruges, Van In strives to find the connection between the three incidents, but no one is coming forward to claim responsibility for this terrorist attack. Just an anonymous letter to the police, threatening more bombings - unless they cooperate with a series of demands that would undermine the entire city government.

Aided by the spunky and beautiful assistant DA Hannelore Martens, Inspector Van In finds himself enmeshed in the case that threatens not just the lives of countless innocent people, but the heart of the city he loves.

What listeners say about The Midas Murders

A different narrator could have made the difference.

Would you ever listen to anything by Peter Aspe and Brian Doyle (translator) again?

Actually, I came to Peter Aspe through a Kindle purchase and enjoyed the book sufficiently to make this Audible purchase. In the future, Peter Apse on Kindle could be a possibility but not on Audible.

The accents the narrator affects are so bad as to make the characters almost unintelligible. I have had great difficulty following the plot.

I have been listening to books from Audible from its very early days. This book suffers from the worst narration I have ever experienced in all these years.

I could not finish listening to this book.