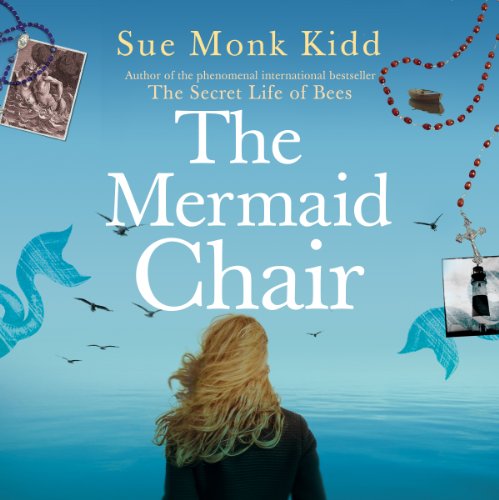 Don't miss the extraordinary new novel from Sue Monk Kidd, The Book of Longings - published on 21st April 2020, and available to pre-order now.

From the acclaimed and worldwide best-selling author of The Secret Life of Bees and The Invention of Wings.

Jessie Sullivan has been married half her life, and has become accustomed to her role. But when she returns to the isolated island where she grew up to establish why her mother has been behaving oddly, she is to find a lot more than she came looking for.

A loving, exuberant character, who believes herself to be happy, she has forgotten a hidden part of her spirit - the part represented by the beautiful, vibrant and legendary mermaid carved on a chair in the island's monastery. When Jessie falls passionately in love with a monk who is close to taking his final vows, she discovers a place in herself that she had never previously imagined could exist.

The Mermaid Chair is the story of a woman trying to save her outgrown life - the roles, identities, securities and illusions she had created for herself - before finally emerging as something far more alive and powerful.

"The author mixes a cocktail of myth, spiritual concerns and sexual yearning, and her descriptions of the island landscape are lush and detailed" ( The Sunday Times)

What listeners say about The Mermaid Chair

Dissappointed, not as good as Her other books.

I wasn't keen on the narrators voice when she was her daughter, very annoying sounded 5 years old not 20! The story took ages to get going and then finished rather rushed and left me uninterested and bored.

Wonderful description about the island.

The Narrators voice distracted me from the story.

I was so looking forward to this book, as I had listened to The Invention of Wings and read The Scene the Life of Bees. Unfortunately the narrator's inflections made the main character sound very smug and insincere, so much so that I could not continue listening. I may read the book as I was enjoying the story.

Another 'triumph' by Sue Monk Kidd!

tHaving loved The Secret Life of Bees, i was DELIGHTED to find The Mermaid Chair & i was far from disappointed. The myths & magic of the islands off the coast of South Carolina make beautiful stories & if you've lovedbooks Anne Rivers Siddons & i think Rosie Thomas, this book is for you. SMKs characters are skilfully drawn, smart yet poigantly human & believable. I didn 't want it to finish

It is a very relatable and heart warming story of love, loss and forgiveness in a beautiful setting.

Not her best work

That might be an unfair title, but after the brilliance of her other novels I've read I felt a little let down by this one.
The thing that kept me going was that the turmoil Jessie felt was identifiable to me. Though as I'm going through it currently it could have been deeper, a lot of time flew by without acknowledging the crossroads she felt she was at. We didn't really learn much about the other characters either, they could have had amazing back stories.
I didn't dislike the book, I just felt it could have been deeper.

Enjoyed spending time in this world

This book just drew me in, not entirely sure, it was just very well written and I enjoyed the distinctly Southern flavor.