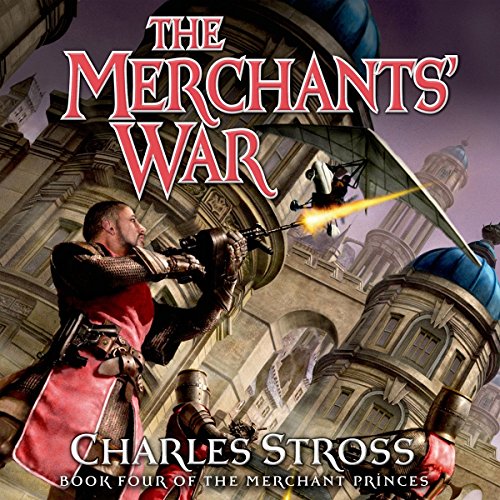 Miriam Beckstein is a young, hip business journalist in Boston. She discovered in The Family Trade and The Hidden Family that her family came from an alternate reality, that she was very well connected, and that her family was too much like the Mafia for comfort. She found herself caught in a family trap in The Clan Corporate and betrothed to a brain-damaged prince, and then all hell broke loose.

Now, in The Merchants' War, Miriam has escaped to yet another world and remains in hiding from both the Clan and their opponents. There is a nasty shooting war going on in the Gruinmarkt world of the Clan, and we know something that Miriam does not; something that she's really going to hate - if she lives long enough to find out.

A fun entry into the interdimensional saga

I am a fan of the Laundry Files, so I decided to check this series out. Great story with interesting characters.

My son said not to bother

Both my college age son and I read the books in my audio library. He listened to this one first. He said not to bother reading it.