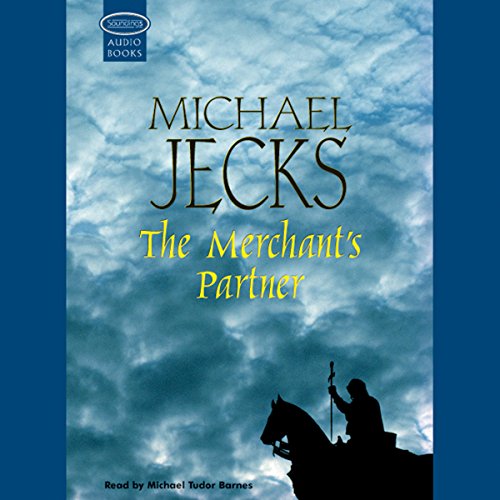 By: Michael Jecks
Narrated by: Michael Tudor Barnes
Try for £0.00

When the mutilated body of midwife and healer Agatha Kyteler is discovered in a hedge one frozen wintry morning, it seems at first that a lack of clues will render the crime impossible to solve. Then a frightened local youth inexplicably flees his village, and a hue and cry is raised in his wake.

Sir Baldwin Furnshill, once a Knight Templar, has doubts about the boy's guilt. He enlists his friend Simon Puttock, bailiff of Lydford Castle, in the hunt for a murderer. But what they seek lies somewhere on the darker side of Wefford, beneath layers of jealousy, suspicion, and hatred - and the buried truth could prove fatal to anyone who disturbs it.

What listeners say about The Merchant's Partner

Oh dear... It really takes something for me to write a negative comment about a book. This is the first book by this author that I have listened to and it was very dull. I anticipated something along the lines of Ellis Peters with great characters, charm, humour, some peril and historical accuracy. Instead I found myself wondering when the story was going to start... There was a murder, a lot of trudging backwards and forwards to people's houses in the snow and people getting cold. I couldn't develop empathy or interest with any of the characters and while I might try another if I could pick it up for 10p in a jumble sale I will not be spending any more on an audio version of a book in this series...

Wonderful to hear Baldwin and co come to life.

I have been a Michael Jecks fan for many years. It was a pleasure to listen to this book, especially as I had not read this one.