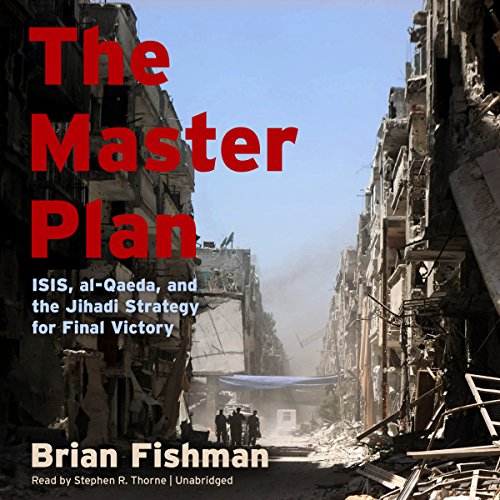 Given how quickly its operations have achieved global impact, it may seem that the Islamic State materialized suddenly. In fact, al-Qaeda's operations chief, Sayf al-Adl, devised a seven-stage plan for jihadis to conquer the world by 2020 that included reestablishing the Caliphate in Syria between 2013 and 2016. Despite a massive schism between the Islamic State and al-Qaeda, al-Adl's plan has proved remarkably prescient. In summer 2014, ISIS declared itself the Caliphate after capturing Mosul, Iraq - part of stage five in al-Adl's plan. Drawing on large troves of recently declassified documents captured from the Islamic State and its predecessors, counterterrorism expert Brian Fishman tells the story of this organization's complex and largely hidden past - and what the master plan suggests about its future. Only by understanding the Islamic State's full history - and the strategy that drove it - can we understand the contradictions that may ultimately tear it apart.

What listeners say about The Master Plan

maybe I have been spoilt by listening to "the looming tower" first, which was excellent. the narrative and delivery were much more accessible. the master plan uses a lot of complex acronyms and names repeatedly which becomes slightly wearing after a while.

in fairness I might come back to it after managing half of the book before skipping to something else.

Terrorism is scary. It's also impenetrable to those who don't adopt its nihilistic ideology. Fishman has lifted the "scales" from this listener's eyes (or is that ears?) with his well-paced and fascinating look at the history of al-Qaeda, ISI, ISIL, and other major players in the current global jihadi movement. His dispassionate prose illuminates and informs and his analysis of the "Master Plan" is among the most deft and accurate I've read. Westerners would do well to read and learn from Mr. Fishman and Western leaders should pay particular attention to the closing 20 minutes of the narration. Discrimination against Muslims only fuels ISIL's recruitment. Through respect and understanding, we can defeat the wretched enemy of civilization.