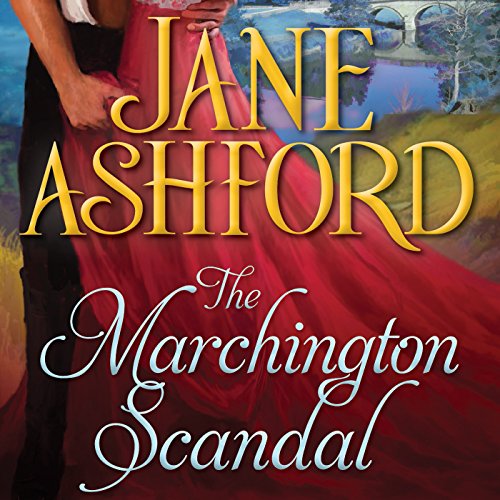 In a one-woman war against scandal...
Lord Oliver Stonenden gets whatever he wants - except the beautiful and headstrong Katharine Daltry. Katharine is the only woman who has ever denied him, and he cannot forget her. When he sees a chance to aid her cause by seducing a troublesome countess who is threatening Katharine's family, he rises to the occasion.

Her heart is the battleground.
Katharine Daltry concentrates on developing her skill at painting and avoids Polite Society, not least of all the handsome, heartless Lord Stonenden, whose proposal she flatly refused five years ago. But when her country cousin appeals to her for help, Katharine quickly finds herself at the very center of both scandal and controversy. And it seems a heartless rake is just the ally she needs...

What listeners say about The Marchington Scandal

This book was fine for a few hours entertainment when I set it at a fast speed. It's similar to all the others of this genre but with a couple of nuances such as her hobby. I very much appreciated that it was a clean romance.

No romance, no chemestry

What disappointed you about The Marchington Scandal?

There was no romance between the H/H. the first kiss comes with 5 minutes left in the book. They don't hold hands, hug, or touch each other. I never got a sense that they had chemistry and so did not care if they got together.

Would you ever listen to anything by Jane Ashford again?

I don't know. I don't like to write off an author because of one book, so will try onemore. She is noted as a best selling author, so someone must like her books. It was an old-fashioned romance with little physical contact, but I was reading this type of HR 30 years ago, so she does not break any new ground.

Did Nicola Barber do a good job differentiating all the characters? How?

I think the narrator was good, but may have over-acted some characters. The two most notable were Mary ( who came off as a mouse, as the narrator used a quiet whisper) and Eleanor ( that sounded like a whining brat, the narrator used a high pitched, quaver for her dialogue). I think this must have been how there were written, but only have the narrator's interpretation of the character as a gauge.

If you could play editor, what scene or scenes would you have cut from The Marchington Scandal?

I think there were too many scenes of balls where Thomas's character was behaving badly and the next scene where his wife is crying to the heroine, Katherine. After a while it was just boring. The character of Mary/Eleanor being indecisive and saying " I don't know, became repetative.

This was a very "old school" romance and would appeal to people that don't want to read about physical contact between the characters. I think it is problematic in determining the attraction between two people, if they don't interact on this level. I don't need them to jump into bed, but some idea that they feel more for each other than extreme friendship helps to draw the reader into the story, which this book did not.