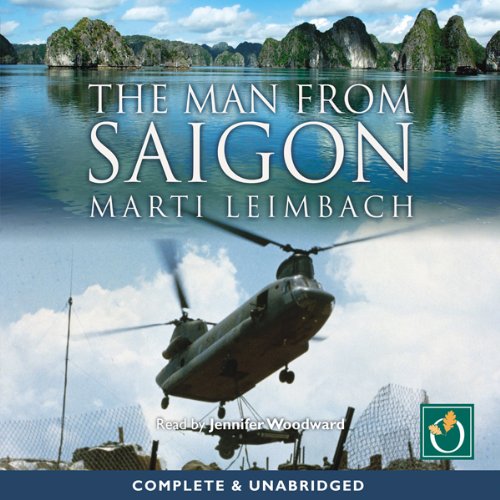 The Man from Saigon

1967. Vietnam. Susan Gifford is one of the first female correspondents on assignment in Saigon. Son is a Vietnamese photographer anxious to get his work into the American press. Together they cover every aspect of the war. Then one morning they find themselves the prisoners of three Vietcong soldiers. Under constant threat from American air strikes, helpless in the hands of the enemy, they face the daily hardships of the jungle, living always with the threat of being killed. But Son turns out to have a history that Susan would never have guessed. Held under terrifyingly harsh conditions it becomes clear just how profound and important their relationship has become to both of them.

What listeners say about The Man from Saigon