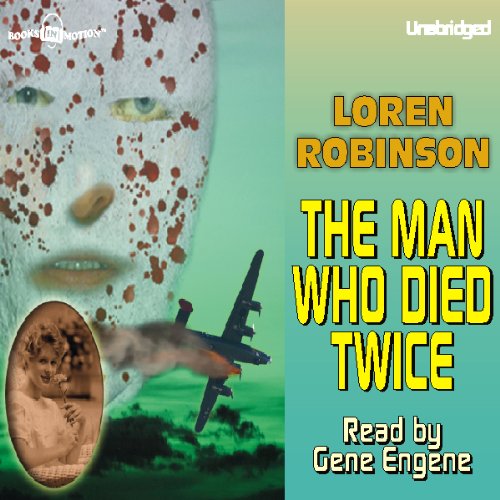 The Man Who Died Twice

By: Loren Robinson
Narrated by: Gene Engene
Try for £0.00

Captain Ben Morgan had served with the 8th Air Force in World War II. At home he had a wife and three young children. Three more missions and he could go home. But a bombing run in his B-24 over Hamburg changed his life forever. Shot down by German fire, he was reported killed in action, but a German doctor saved his life and rebuilt his face.

His wife, Jenny, waited five years for his hoped-for return, then married George Albright. When Ben's mother, Dale, received his phone call, telling him he was alive, Dale told him his wife had remarried.

Ben had to choose between reclaiming his family or leaving things as they were, and he could approach her without being recognized. He discovered Jenny had adjusted, and her children knew only George as their father. Which way would he choose? The answer was to affect many lives for many years to come.

What listeners say about The Man Who Died Twice

I am a very big fan & customer of Audible. My normal listen is usually history and/or science. I do not give out many five star reviews, this is one of my few exceptionss. While the Book is fiction the characters seem real. This author is in touch with the human heart and life's ups and downs. The narriation is just great and was the real reason I purchased this Book. Gene Engene is very good but, at his best in this very easy on the ears yarn. This book was a very pleasent & clean bred American novel. Well worth a listen! John, Ohio Grandpa