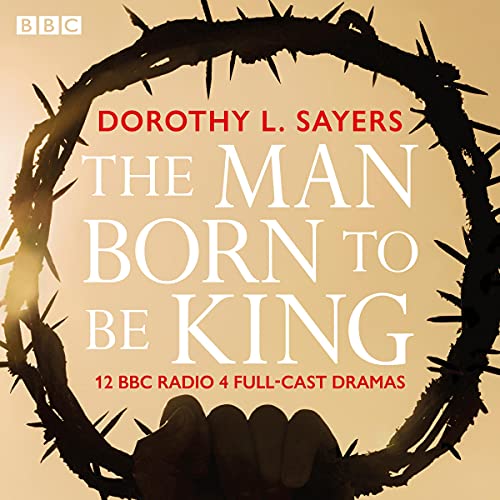 The Man Born to Be King

Dorothy L. Sayers's classic play cycle based on the life and times of Jesus.

Dorothy L. Sayers was best known for her mystery novels featuring aristocratic amateur sleuth Lord Peter Wimsey. But she was also a poet, playwright and committed Christian, and in The Man Born to Be King, she combined art and evangelism to powerful effect, making the story of Christ accessible, relevant and every bit as thrilling as her detective fiction.

Written specially for the BBC Radio and first broadcast in 1941, the play cycle caused huge controversy for its depiction of Christ as a character and its use of contemporary speech instead of Biblical language. However, it proved extremely popular with listeners, who wrote in to thank Sayers for making Jesus real to them and reigniting their interest in his remarkable story.

Based on the four Gospels, it includes one story of the Nativity, six plays about Jesus' life and ministry, and five Passion Plays telling of Jesus' triumphal entry into Jerusalem, the Last Supper, Jesus' arrest and trial before Pontius Pilate, the Crucifixion and the Resurrection. Backed up with a sweeping musical score, these immersive dramas surprise and shock us anew and provide fresh, illuminating insight into 'the greatest story ever told'.

The plays included are Kings in Judea, The King's Herald, A Certain Nobleman, The Heirs to the Kingdom, The Bread of Heaven, The Feast of Tabernacles, The Light and the Life, Royal Progress, The King's Supper, The Princes of This World, King of Sorrows and The King Comes to His Own.

What listeners say about The Man Born to Be King