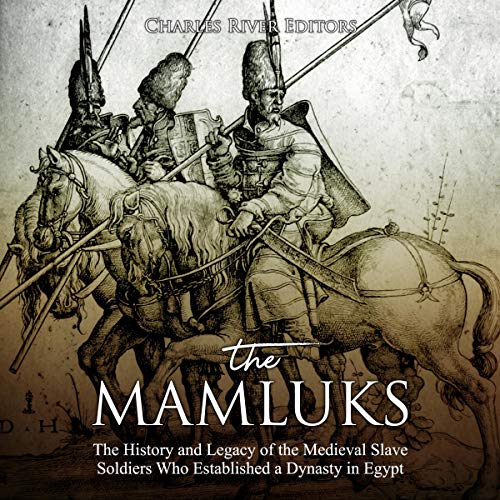 Egypt in the 14th century was a glorious kingdom to behold. Spice merchants from Europe, Asia, and Africa sailed up the Nile River to the great port city of Alexandria, carrying riches such as silk, jewels, and spices. Cairo, the capital of Egypt, was the greatest city in the Islamic world, with a larger population and more wealth and splendor than any city in Europe. Cairo was a shining pinnacle of cosmopolitan splendor in the medieval world, and besides being a major trading hub, Cairo was famous for its scholars and intellectual class, offering countless academic opportunities for scholars across the Islamic world. The culture of Cairo was dynamic and famous for its wide range of intellectual debates on Islamic sciences and other academic fields, all of which far surpassed any contemporary city at the time. From across the Islamic world, scholars from all the major schools of thought were represented in Cairo. Spirited lectures occurred frequently in public squares and madrasas were often packed with patrons eagerly listening to readings by famed scholars. Cairo was a city filled with art, trade, and knowledge.

However, there was another factor that made Cairo infamous. The city represented the last bastion of the Muslim world - a great Islamic caliphate, centered in Iraq, had once stretched from the edges of Central Asia to Spain, but invasions by outside enemies had mostly overrun this once mighty empire. The Mongol armies, pouring forth from their grasslands in Asia, had sacked Baghdad in 1258, destroying the caliphate and sending the Islamic world into a state of deep peril. Moreover, European crusaders had launched multiple invasions into Palestine and the Levant, threatening the very existence of the Muslim world.

Ultimately these foreign invaders were all stopped by one group: the Mamluks of Egypt, a group of warriors, slaves, and kings. Hailing from the Eurasian steppes, the Mamluks were not Arab, but ethnically Turkish, enslaved at a young age, and sold into military service in Egypt, where they underwent intense military training in Cairo. Thus, these Turkish warriors were utterly alien from the Arab populations they eventually ruled over in ethnicity, language, and culture, but they were remarkably skilled in the mounted warfare styles of the nomadic tribes of the Eurasian grasslands and other aspects of medieval warfare. As a result, the Mamluks were some of the finest professional soldiers of their time, which they proved on multiple occasions through their brilliant military campaigns against the numerous enemies of Islamic Egypt. Critically, the Mamluks were one of the only groups to defeat the seemingly unstoppable Mongol hordes in open battle, potentially saving the Islamic world from annihilation. It could be argued that without the Mamluks, the Islamic world would have been completely destroyed, changing the course of history.

As the Mamluks took power in Egypt, they rapidly became the center of the Islamic world. Egypt’s political system made it unique when compared to other parts of the Muslim world, and though the daily management of the kingdom required interactions between the foreign Mamluks and their Egyptian subjects, a vast degree of separation remained the law of the land. The Mamluks held a tight grip on political and military power (ordinary Egyptians were even forbidden to ride horses), and this system of recruitment from abroad and social isolation created an elite army loyal to the state and succeeded in barring the ruled people, even the sons of the Mamluks, from entering the ruling classes. Nothing symbolized this system better than the Citadel, a complex of mosques, offices, living quarters, stables, and palace that stood on a rocky prominence 250 feet above the city of Cairo. It was from the Citadel that the Mamluk sultan presided over his royal court and regiments.

What listeners say about The Mamluks

The information is fascinating and historically important. But the reader is barely literate, pronouncing steppe as steep and cavalry as Calvary. Amazingly bad reading, like a child with limited vocabulary. But the story...amazing.

OMG, this unfortunate narrator was the absolutely wrong guy for the job. He didn't write the book or do the research, and nobody expects narrators to be experts on the topic, but his pronunciation of foreign place names is awful The word "steppe" (he says "steep") isn't exactly exotic; it's a standard term that almost any educated native speaker of English knows. "Intrepidity" isn't commonly used among football fans, but it's not hard to look up the pronunciation. "Bedouin" may be a little unfamiliar to an average person; "discord" is probably in the NYT register, but not that obscure; but "hinterland" shouldn't be that hard to say. "Viceroy" and "cavalry" are normal historical terms, and there really isn't a good reason to mispronounce them if your'e, you know, being paid to do a job. Once, he even said "the het of the sun." "Heat" isn't an obscure technical or historical term. Ironically, he does pretty well on Arab names, possibly because they are spelled phonetically. This otherwise-successful narrator was the wrong choice for a history text. The editors should be required to re-do this assignment and show their work. The text itself is a little dry, as the development of a political institution is likely to be, but is adequate after a rough start.