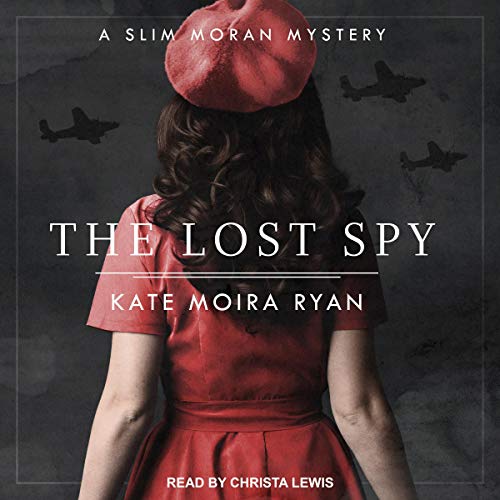 By: Kate Moira Ryan
Narrated by: Christa Lewis
Try for £0.00

Set in 1949 Paris, Slim Moran runs the Pitchipoi Agency with her Nazi Hunter boyfriend, Daniel. Their specialty: to find those lost in the last war.

After a couple of easy cases, business has ground to halt, and Daniel has just gone on another manhunt this time to find the Nazi Butcher of Lyon, Klaus Barbie. Slim is bored until a British spymistress asks her to find a missing woman spy long presumed dead.

Set against the ruins of post-war Germany and France, Slim quickly learns that the scores from the last war have not been settled and she must find this spy soon before they both wind up dead.

What listeners say about The Lost Spy

Absolutely loved it! Could not get enough! Can’t wait for the next one!
Would definitely recommend to everyone!