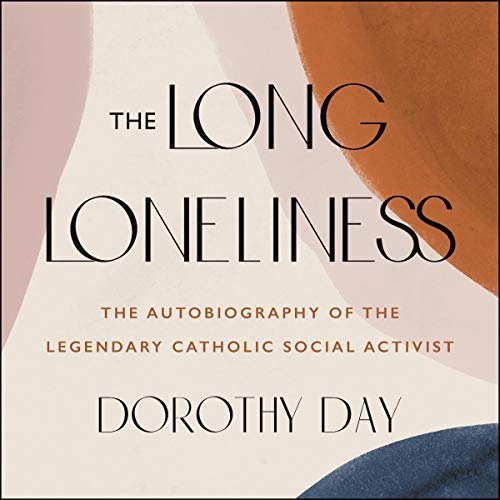 By: Dorothy Day
Narrated by: Nancy Linari
Try for £0.00

The compelling autobiography of a remarkable Catholic woman, sainted by many, who championed the rights of the poor in America’s inner cities.

When Dorothy Day died in 1980, the New York Times eulogized her as “a nonviolent social radical of luminous personality...founder of the Catholic Worker Movement and leader for more than 50 years in numerous battles of social justice.” Here, in her own words, this remarkable woman tells of her early life as a young journalist in the crucible of Greenwich Village political and literary thought in the 1920s, and of her momentous conversion to Catholicism that meant the end of a Bohemian lifestyle and common-law marriage.

The Long Loneliness chronicles Dorothy Day’s lifelong association with Peter Maurin and the genesis of the Catholic Worker Movement. Unstinting in her commitment to peace, nonviolence, racial justice, and the cause of the poor and the outcast, she became an inspiration to such activists as Thomas Merton, Michael Harrington, Daniel Berrigan, Cesar Chavez, and countless others.

This edition of The Long Loneliness begins with an eloquent introduction by Robert Coles, the Pulitzer Prize-winning author and longtime friend, admirer, and biographer of Dorothy Day.

What listeners say about The Long Loneliness

Required reading for any who work in poverty

A journalist looks at her own life in the light of its most profound reason for being. If St. Therese had not already taken it, this could be called the Story of a Soul.

It was nicely narrated. I gave it 3 stars because some parts were slow and I had a hard time relating to some of what she was telling about. She is an inspiring woman though.