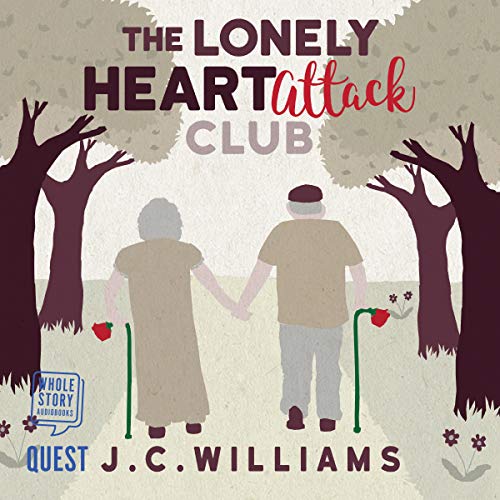 Everything he touches turns into a disaster, but he means well. His business is even less successful than his love life. His once-thriving coffee shop was on the brink of bankruptcy, but salvation could be right under his nose.

At the insistence of his loyal and underappreciated assistant, Emma, he sees that the last hope of saving his business could be the only customers who’ve not deserted him for the faceless coffee chains - the old folk.

To attract new customers, Jack and Emma set up the Isle of Man’s first dating and social club for the elderly - The Lonely Heart Attack Club. Eager to give his elderly congregation a sense of purpose, he sets them a challenge that may be one step too far: to become World Record holders.

They may be old but there is plenty of life left in them, and Jack soon realises that they're not just customers; they’ve become friends.

Could his unintended compassion to his wrinkly client base also be the catalyst for romance?

A good bit of humour mixed with some serious story lines. Looking forward to the sequel.

I really enjoyed this story, it made me laugh out loud! So well narrated also.

wonderful story and the narrator does a great job. reminds me of a man called ove but a comedy english version.