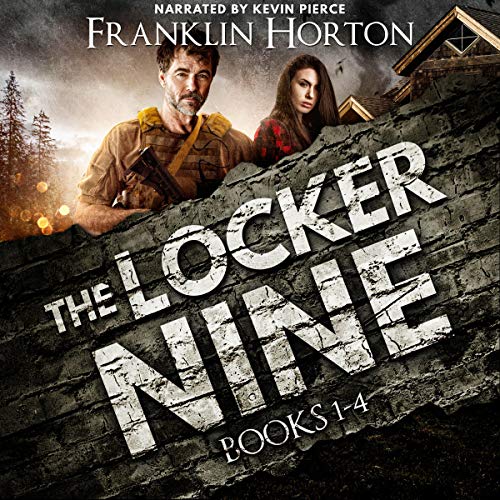 For the first time ever, the complete four-book Locker Nine series is available in a box set. A number one best seller in both the post-apocalyptic and dystopian genres. Includes: Locker Nine, Grace Under Fire, Compound Fracture, and Blood Bought.

Description of book one, Locker Nine:

A determined young woman and a psychopath living out his favorite video games clash in the apocalyptic aftermath of a nationwide terror attack.

Grace's dad taught her survival, self-defense, and shooting, then sent her away to college, hoping she'd never need  those skills. All he wanted was to give her a fighting chance if the world fell apart.

Near the end of Grace’s freshmen year, coordinated terror attacks take place at dozens of locations around the country - including on the campus of Grace’s university.

Grace and her father barely have time for a single rushed phone call before they lose signal. Robert reminds Grace of the key he gave her when she left for school - the key that she never takes from around her neck.

With her roommate in tow, Grace embarks on a treacherous journey home and ends up in the crosshairs of another desperate traveler - a seriously disturbed gamer who sees nothing but opportunity in a world that now resembles that of his favorite video games.

What listeners say about The Locker Nine: Books 1-4

As usual the duo killed it!!! Great story,great characters, great everything! I am a forever fan! Keep it up boys!

Not sure how I stumbled upon this series but man I’m glad I did. I don’t usually go for the military post apocalypse type story but this was more civilian and family survival. Now I need to see if the Mad Mick series is on audible.