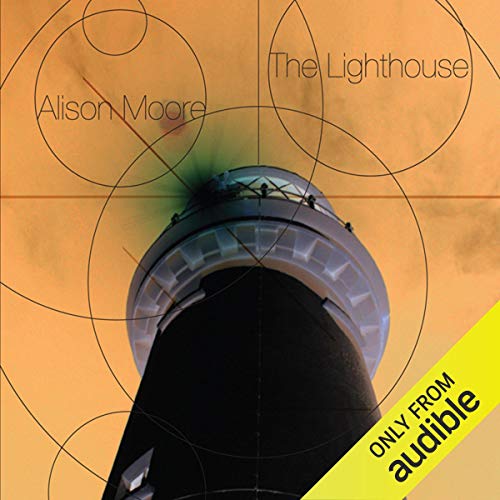 Shortlisted for the Man Booker Prize 2012

The Lighthouse begins on a North Sea ferry, on the blustery outer deck of which stands Futh: a middle-aged, recently-separated man heading to Germany for a restorative walking holiday. After an encounter with an inexplicably hostile barman at a family-run hotel in Hellhaus, Futh sets out on his week-long circular walk along the Rhine. As he travels, he contemplates his childhood, a complicated friendship with the son of a lonely neighbour, his parents’ broken marriage and his own. But the story he keeps coming back to, the one that affects all others, is his mother abandoning him as a boy. Recalling his first trip to Germany with his newly single father, Futh is mindful of something he neglected to do there; an omission which threatens to have devastating repercussions for him this time around.

At the end of the week, sunburnt and blistered, Futh comes to the end of his pilgrimage, returning to what he sees as the sanctuary of the Hellhaus hotel; however, he is blissfully unaware of the events which have been unfolding there in his absence.

“A haunting and accomplished novel.” (Katy Guest, The Independent on Sunday )
“It is this accumulation of the quotidian, in prose as tight as Magnus Mills’s, which lends Moore’s book its standout nature, and brings the novel to its ambiguous, thrilling end.” (Philip Womack, The Telegraph)
“No surprise that this quietly startling novel won column inches when it landed on the Man Booker Prize longlist. After all, it’s a slender debut released by a tiny independent publisher. Don’t mistake The Lighthouse for an underdog, though. For starters, it’s far too assured … Though sparely told, the novel’s simple-seeming narrative has the density of far longer work. People and places are intricately evoked with a forensic feel for mood. It’s title becomes a recurring motif, from the Morse code torch flashes of Futh’s boyhood to the lighthouse-shaped silver perfume case that he carries in his pocket, history filling the void left by its missing vial of scent. Warnings are emitted, too – by Futh’s anxious aunt and an intense man he meets on the ferry. It all stokes a sense of ominousness that makes the denouement not a bit less shocking.” (Hephzibah Andersonm, The Daily Mail )

What listeners say about The Lighthouse

I can't honestly say that I enjoyed this book. I found it jumped around a lot and I really had to concentrate to work out which part of whose life we were following now. It was well narrated but just sounded so very morose. A shame because I had been looking forward to hearing it.

I'm working my way through the long list for the 2012 Man Booker Prize. This one has made the shortlist, although I cannot for the life of me think why. The narration was good but couldn't bring to life what, in all essence, is a cheerless, dreary book. Don't waste your money.

Blimey, I found this book boring. Admittedly a story about a middle-aged man going on a walking holiday in Germany doesn't sound like promising territory; but I gave it a chance, shortlisted for a prize and all. The plot was not gripping, neither did I find the writing particularly beautiful. Some of the scenes and actions were described in mind-bogglingly tedious detail: he got out of the car, he pressed the lock on his key, he put the key in his pocket etc. (not a direct quote from the book, just a flavour). Probably the biggest problem probably was that I didn't feel for the main character. It was evocative in places, mainly when scent and memory were linked. The narrator didn't do a bad job, but didn't help to enliven it. One night it sent me to sleep and I slept for a number of hours with it continuing to play.

I loved this book. I didn't warm to any of the characters, but it didn't matter, The prose and description was superb. I could really identify with the people in the story and there was just enough to keep me wondering all the time. even the ending is implied rather than stated.

The recurring motifs throughout are clever and I like the way she went back to certain scenes several times adding a bit here and there.

I liked the narration, but almost wish I had bought this as a paper book so I could flick back and clarify certain parts. I will certainly listen to it again.

Its a shame this is her first novel as it is the sort of book that makes you want to go and read everything she has written.

I just enjoyed this from start to end. Beautifully observed, and one of those novels that leaves you thinking about the characters and events long after completion. It's a thoughtful book about a quiet man's journey to a familiar place from his childhood. As he travels, he reflects on his life and a shattering event from his past. It's that kind of novel, more of a contemplation than a story, although there is a dramatic ending of sorts. Not everyone's cup of tea, but worth it for the sense of place and of another person's complicated life experience.

This is one of the most boring books I have ever read.

Hopefully it just not my taste and others will enjoy it.

It took me about ten minutes to start to enjoy the narrators voice, as my first reaction was 'this sounds a little dated'. However Miss/Mrs/Mis'ess Karpf quietly commands your attention by telling the fantastic story which moves along richly and purposefully, this is a very fulfilling Audiobook.

I'm juvenile enough to laugh out loud that Futh was looking forward to "a week of good sausage", and even with my inferior mind this slow burner kept my ears wiggling with anticipation, I'm only half way through and felt moved enough to review it.

So much about this book irritated me which to choose. It feels as if the author has just read The Millennium Trilogies and is trying to put them into this book...Where was it going, who knows but it didn't t get there.....

Really don't want to leave a lengthy review of this one, but rather post and put it behind me.

The story was well-written, with excellent audio narration. On the surface, it should've worked out better than a 2.5ish rating. Here's the problem: alternating chapters featuring a main character whose life has been downright pathetic, nothing goes right for him (ever!), as well as a very unlikeable, selfish, manipulative secondary character. Instead of a conclusion, the story ends with a cliffhanger and strange, vague epilogue.

A man on a short holiday after a marital separation contemplates his ordinary life.
It is never dull. The author holds the reader's attention with sharp observations of the life of this mild man and his interactions and the interactions of others close to him , so well described that one is compelled to read on to discover more .

This short novel (novella?) was nominated for the Booker Prize. It is well written, but it's a curious thing. It tells the story of Futh, a recently separated Brit who takes a walk along the Rhine as a "holiday" to get his life together. It was enjoyable for sure, but it felt like it could have been much richer -- we got very little about the actual experience of his walking other than his sore feet and getting lost (with no sense of how the setting influenced his experience). In the plot, Futh sets out on a journey but the real focus is on his childhood past as we find out more about his non-self background. I think the story leaves us unsure whether he ever really did acquire a sense of a self, whether all of the reflection on his mother and his past was a worthwhile exercise or an empty one. I think it had great potential but fell short.