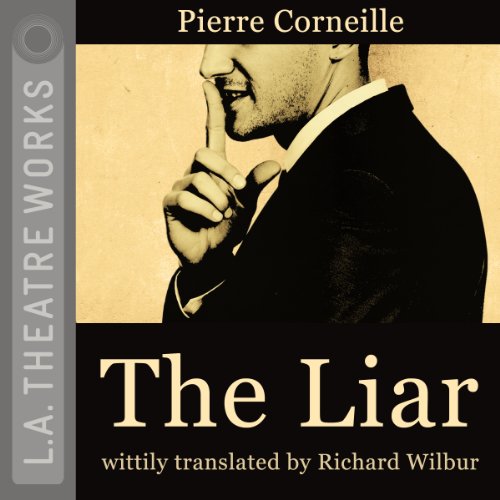 In this classic farce, a young man pretends to be a war hero to impress a pretty girl. As his lies progress, so do his troubles - with hilarious results. Playwright Pierre Corneille’s comedy of manners is considered a groundbreaking work that influenced contemporaries such as the young Molière. An L.A. Theatre Works full-cast production, starring Tara Lynne Barr, Janine Barris, Sue Cremin, Danny Mann, Christopher Neame, John Sloan, Mark Sullivan, and Matthew Wolf Includes a conversation about Corneille and French drama with Larry F. Norman of the University of Chicago. Lead funding for this production is provided by the Sidney E. Frank Foundation.

What listeners say about The Liar

Pierre Corneille was a precursor to Moliere, and was an excellent playwright. Richard Wilbur, who translated many Moliere plays, is the translator of the work in this recording. It is an excellent rhyming verse translation, like pretty much all of Richard Wilbur's translations. I enjoyed this recording quite a lot and recommend it. Full cast and full dramatic quality.