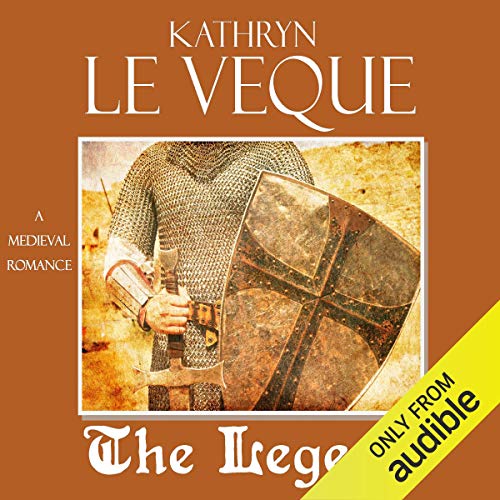 A.D. 1270: An epic story of loss, love, and redemption. On the Seventh Crusade, Sir Alec Summerlin makes a horrible mistake that costs him everything.

Once the greatest swordsman in the realm, he lays his weapon down and refuses to ever wield a broadsword again. Surrendering his spurs, he retires to his father's castle in self-imposed exile. His father, however, has other ideas for his greatest son and betroths him to a local ale heiress.

The Lady Peyton de Fluornoy is as resistant to marriage as Alec is, but she gradually begins to warm to the man who has given up on life. Alec comes to know a lady of spirit, beauty, and intelligence. Before their marriage can happen, however, Alec's father is blackmailed by a neighbor who wants Peyton for his own son. Now deeply in love, Alec elopes with Peyton and an entirely new world of danger and passion opens up for them both.

As the conflict with the neighbor heats up, deep and horrific secrets are revealed, and Peyton ends up in grave danger. Alec must recant his vow and draw his sword again to save the woman that he loves as The Legend is once again reborn.

What listeners say about The Legend

I enjoyed this book immensely. It was entertaining and full of love. Alex had resigned at being a Knight when his brother was killed. Alex thought he had done it, but he hadn’t as it was an accident. Alex tortured himself over this. Then 12 years later with the Kings persuasion he was talked into fighting for the King against the Welsh. I plan on listening to this story again at some point as I enjoyed it so much. Thank You Miss Le Veque.

Epilogue is missing in Audible version

Love the story! It had great plot, interesting characters with strong female heroines. I have listened to nearly all of LeVeque's books. This ranks high amongst all her medieval romance novels. However it is unfortunate that the audible does not have the epilogue which ties the package in a neat bundle. I was able to read the epilogue in kindle because I bought it very cheap before I found it in Audible. I was able to find out about this omission through one of the reviews and I am glad.

Audible version did NOT include the EPILOGUE!!

I find that on some books Audible does not bother to record the entire book leaving the story prematurely ended. It is unfair for audible customers to then have buy the same book from Amazon to finish the story. This has happened several times with KLV's books. The story is good but unfinished unless you have the Kindle version. I will make a complaint to Audible and ask for a return of my credit as I did not receive the entire book and had to pay for the Kindle version. KLV did a fine job on the story but was let down by the editing and producing folks and Audible.com.

I always enjoy B.Gill as a narrator although there were a few times when his stand in distracted from the story. The story itself was pretty good. The were a lot of parallel story lines which made it quite interesting...and then it was over. The reader is left NOT knowing what happened to anyone except the villains. Disappointing.

Exasperating and fascinating......wish Epilogue had been included in the narration. After all their troubles, dangers and tribulations, Alex and Peyton deserve the Kindle Epilogue in the Audible excellent narration! Definitely another palpitating KLV romantic novel.

Another Le Verque winner. I enjoyed the story from the start to finish. The only couple of problems I had with it was that the ending was too neatly and quickly wrapped up when the rest took so long to build and the narration. Brian Gill read the entire book very fast and with a higher pitch. The narration fit well for exciting scenes but fell short with the rest. Still didn't take too much away from the book. A very enjoyable read.

One of my favorite things about Kathryn Le Veque’s characters is their sense of humor. I laughed out loud multiple times. Lovely story.

Once again Kathryn Le Veque spins an incredibly detailed love story that makes your heart quiver! Alex and Payton find unexpected love amid the betrayals and evil machinations by others, due to jealousy and unknown mysteries eventually solved. Excellent book with perfect narration by the amazing Brian Gill.

Whew! What a ride.

Lots of action. And see a bit of magic/ the results of psychotropic madness. The delicate handling of racial beliefs is well written. And of course, romance.

Declaring his love, saved her!

He was so devastated with his brother's death, that he swore not to lift a sword again.
Then, 12 years later, after meeting and marrying a woman that he originally did not want anything to do with, he now had to take up that sword, to save her.
This is a tale of confused and emotional people. Although with a staunch upper lip, the emotions held in check, often came out in inopportune times and ways.
It's also a tale of love and loyalty, of greed and cruelty, of bias and prejudice. It's a drama, a love story and a tale of family pride.
I enjoyed it to the very last word!

I’m a HUGE fan since I recently started reading Le Veque’s books. But I have to say that this one was ok but it dragged on to the point of annoyance. For the first seven hours, I was getting so upset at Peyton’s contradicting character. Her younger sister had more sense. Only Alec and Ali saved the book for me.