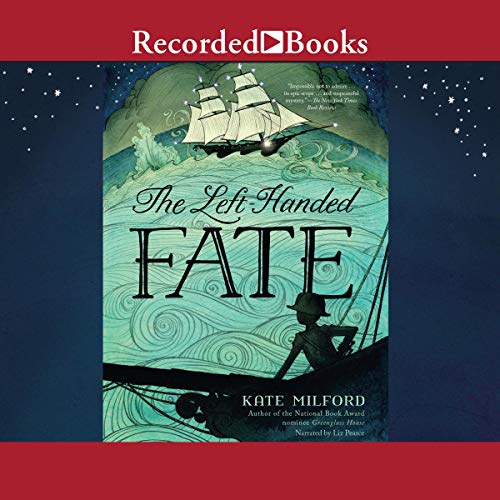 Lucy Bluecrowne and Maxwell Ault are on a mission: find the three pieces of a strange and arcane engine. They're not exactly sure what this machine does, but they have it on good authority that it will stop the war that's raging between their home country of England and Napoleon Bonaparte's France. Despite being followed by mysterious men dressed all in black, they're well on their way to finding everything they need when their ship, the famous Left-Handed Fate, is taken by the Americans. And not just any Americans. The Fate (and with it, Lucy and Max) are put under the command of Oliver Dexter, who's only just turned 12.

But Lucy and Max aren't the only ones trying to put the engine together, and if the pieces fall into the wrong hands, it could prove disastrous. Oliver is faced with a choice: help Lucy and Max and become a traitor to his country? Or follow orders and risk endangering that same country and many others at the same time, not to mention his friends?

What listeners say about The Left-Handed Fate