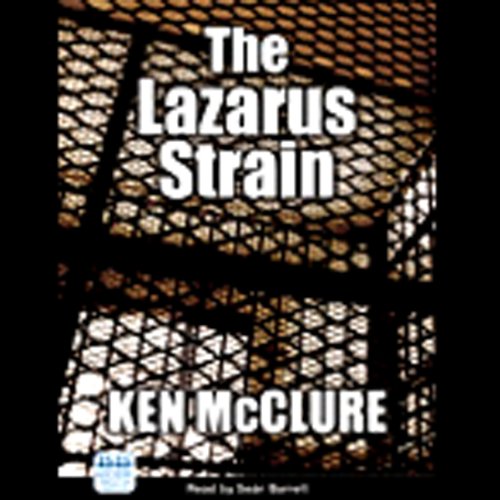 By: Ken McClure
Narrated by: Sean Barrett
Try for £0.00

When a top research institute is broken into and vandalised, the police at first believe that animal-rights activists took things a step too far. Then they discover one of the institute's eminent scientists, Tim Devon, brutally murdered.

Dr. Steven Dunbar, working for an elite government agency, is sent to investigate. A few of the dead scientist's research animals have also gone missing, and top-level authorities are strangely obsessed with hunting down and killing the purportedly harmless animals. Was the attack on Devon and the institute really the work of extremist activists, or is something far more sinister going on?

What listeners say about The Lazarus Strain

This is absolutely a must for any library...trust me you are going to love it!Join Lazurus Strain on Twitter.