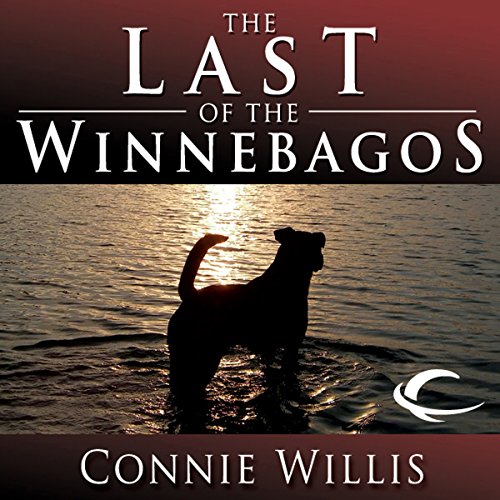 The Last of the Winnebagos

By: Connie Willis
Narrated by: Dennis Boutsikaris
Try for £0.00

In this Hugo Award-winning novella, dogs have become extinct after an epidemic, and the Humane Society has been granted extraordinary police powers to protect the remaining animals. As the Society investigates the death of a jackal on a highway, its attention turns to a photojournalist whose own dog was one of the last to survive.
©1988 Connie Willis (P)2008 Audible, Inc.
Anthologies & Short Stories
Show More Show Less

What listeners say about The Last of the Winnebagos

This was a wonderful novella. It was quick, interesting and heartbreaking in a way. A world without dogs &#8211; which I can't image as a person who loves dogs. For a quick read that keeps you thinking, this was great.

What was one of the most memorable moments of The Last of the Winnebagos?

The ending which tied all the plot elements together

This story is so original and unexpected. There are so many subtle twists and turns that make for a very satisfactory listern.

Would you listen to The Last of the Winnebagos again? Why?

Yes, it was different. Made me think about the world a bit differently.

He embodied the main character.

Would you consider the audio edition of The Last of the Winnebagos to be better than the print version?

Very artistic in that it touches the heart. It speaks of things that happen in a future we have not seen yet, and is believable. Spoiler...One man's realization of himself. Wow. Connie Willis is a great author!

After a virus has killed all of the dogs on Earth, the Humane Society (???The Society???) has been given the power to prosecute and punish anyone who, even accidentally, harms an animal. The government has started putting walls around highways, tracking vehicles with videocameras, and banning recreational vehicles from the roads.

After a photojournalist stops to report a dead jackal on the highway, he becomes involved in The Society???s investigation. During the process he meets an elderly couple who claim to own the last Winnebago, and he visits the woman who accidentally killed his own dog, one of the last to survive, 15 years earlier. Along the way, he keeps hoping to get a candid photo that will show, through its owner???s face, one of these beloved dogs who???ve been lost.

The Last of the Winnebagos, which won both the Hugo and Nebula Awards for Best Novella after it was published in Asimov???s in 1988, is a touching story about guilt and forgiveness, the pain of the loss of a beloved animal companion, and the extraordinarily stupid things that the government sometimes does in its quest to do the right thing.

The Last of the Winnebagos is a beautifully written and often poignant story. The last scene is particularly moving. However, I had a hard time giving in to the premise that the Humane Society had such free rein, so to speak, in the U.S. government.

I listened to Dennis Boutsikaris narrate Audible Frontiers??? version which is 2 hours long. He did a great job.

Still looking for a comparable novel to her Doomsday Book... that was a great novel...