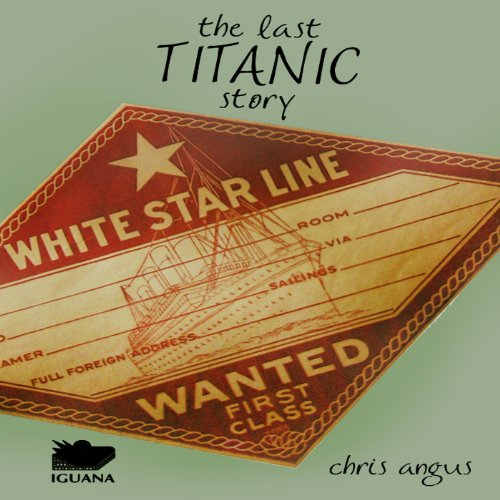 By: Chris Angus
Narrated by: Romy Nordlinger
Try for £0.00

What could possibly connect the famous sinking of the Titanic in 1912 and a WWII German U-boat loaded with a mysterious cargo? In this tribute to the 100th anniversary of the famous disaster, Chris Angus takes the reader on an adventure that includes shipwreck survivors, stolen treasures, a race across the Arctic and a century-old journal that holds the key to the connection and solving the mystery.

Laura Engalls is an anthropologist working with the Inuit in Greenland when she’s shown the diary of sixteen year old Titanic survivor Samuel Meade – a diary whose story holds clues to the whereabouts of missing Titanic treasure. She enlists the help of reporter and Titanic fanatic Matt Mosher, as well as native Greenlander Ulrik, to uncover the truth. Together they begin an adventure that takes them across the inhospitable ice fields of Greenland. However, they soon discover they are not the only ones trying to unravel the mystery. What ensues is a tale of intrigue, international thievery and murder that ranges across 100 years, from the sinking of the famous ship and a plot hatched by Hitler himself to the machinations of present-day neo-Nazis and a modern-day treasure hunt for the truth.

What listeners say about The Last Titanic Story

What did you like most about The Last Titanic Story?

The periods in history in which this book was set.

The ending was a little abrupt, considering the detail in the rest of the story.

I enjoyed the adventure. I listened to it on a long drive and it made that drive seem much shorter than it was. When I bought the book, I wasn't sure what to expect but was pleasantly surprised by all the twists and turns.