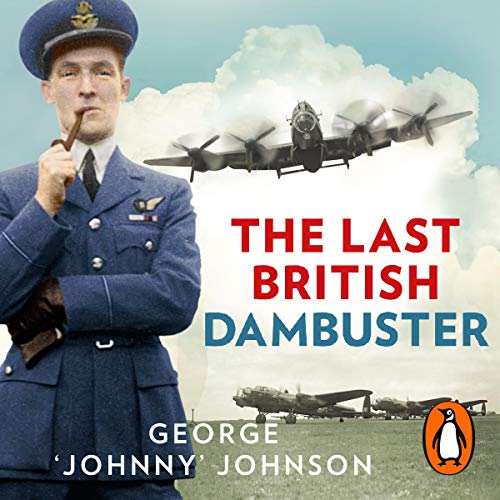 'I was anxious to fight. Hitler was the bastard who had started all this and he needed sorting out. We were under threat. Everything we stood for: our country, our families and our way of life was being attacked by this maniac. He could not be allowed to win. So for me and many, many others like me, there was no alternative. We were in a pickle and something had to be done.’

Johnny Johnson is 92 years old and one of very few men who can recall first-hand the most daring and ingenious air raid of all time. He can also vividly remember his childhood spent working on a farm with his controlling father, the series of events that led him to the RAF and the rigorous training that followed. But it was his decision to join 617 Squadron, and the consequences, that have truly stayed etched in his mind.

On 16 May 1943, Johnny, alongside 132 specially selected comrades, took off from Scampton airbase in Lincolnshire. For six weeks they had been trained to fulfil one mission that was near impossible: to destroy three dams deep within Germany’s Ruhr Valley. It was a daring task but, against the odds, Johnny and his crew survived. Sadly, 53 comrades did not.

For the first time, Johnny relives every moment of that fatal night - and the devastating aftermath. He recalls with unique wit and insight the difficult training conducted in secrecy, the race against time to release the bombs, and the sheer strength and bravery shown by a small unit faced with great adversity and uncertainty. Embodying a whole squadron, and leaving a lasting legacy for generations to come, Johnny’s story is like no other.

What listeners say about The Last British Dambuster

A Must Read, an amazing gentleman

This is a must read book for anyone with any WW2 interest, RAF or not. We owe so much to them, at least read their story. An amazing life lead by an amazing gentleman.

Would usually read something like this but chose it for a couple of long drives.

A great listen about a gentleman who has had an amazingly interesting life, from a generation to which we owe an awful lot.

Anyone interested in the Dams raid or has an interest in the Second World War should listen to this, it won't be time wasted.

The narrator is great, unlike some other books I have listened to, he really makes the story a pleasure to listen to.

One not to be missed.

I have read a few book about the Dambusters and the raids, this doesn't disappoint. It gives a jolly and heartwarming account of, in my opinion, a true legend and inspiration to us all. Not only a birdseye view account of the historic events of 1943 but a colourful and charming display of courage, commitment and struggles through adversity for over 92 years. As a fellow yet modern day Dambuster (now retired) I was truly touched by this man, his life and the effect he had on us whilst serving. 10/10

From his background, the story of his family and the Dambusters and his brave colleagues, this book is a MUST listen for anyone. Lest we forget

I expected a first person account of the dambusters raid; 'Johnny' was there after all. Unfortunately, the author relates the story as would any historian, in the third person. In that part of the book, it's not even clear which aircraft the author is on. I expected to like this book but the author, though clearly a brave man, comes across as smug and not too bright. I was unable to finish this audiobook.

This is a fascinating story of a man at the heart on one of the truly remarkable achievements of WW2. He alternates the tale of an isolated bombing operation and the tale of his life, which was tough! An amazing tale brought to life by the excellent narration! It is hard to remember sometimes that it is not being narrated by the man himself. I thoroughly recommend this book.
I would also recommend The Silver Spitfire by Tom Neil if you like this one, another amazing story brought to life by excellent narration!

We are now seeing less of such people as Johnny because of all slowly going over the bar, it is for that reason you must listen to this book. Mr. Barnes does a great job on conveying the thoughts of Johnny, I think mainly because of the direct connection. Cannot find fault with this audio book, best book I have listened to so far.

Captivating story of pride in our heritage.

A story that encompasses pride in our armed services and the men that put their lives in the line. The life of one man that fought through the adversary of hard childhood to become a role model that I would have been proud to know if only I'd had the chance.
The book tells so many memorising stories of a real life of a man who created a legacy worthy of remembering. Fom his air force career to rge exceptional way he moulded a close family unit he is surely proud of.
His loyalty to his colleagues, family and friends is undoubtedly reciprocated.

In all a man tk be proud of, from a generation to be proud of and a story he should be proud of. I am honoured to have shared in his lifetime even from the extreme edge looking in.

You must read this legendary account of a legendary life and experiences.

Wonderful insight into the Dambusters .George Johnny Johnston is a true gentleman and a wonderful kind hearted gentleman and true inspiration I can very highly recommend this audiobook

Amazing Insight into the Dam Busters

I listened in awe of this brilliant feat of flying history. The book gave insight pre and post the event from a member of the team that actually took part, wow what amazing men they were.