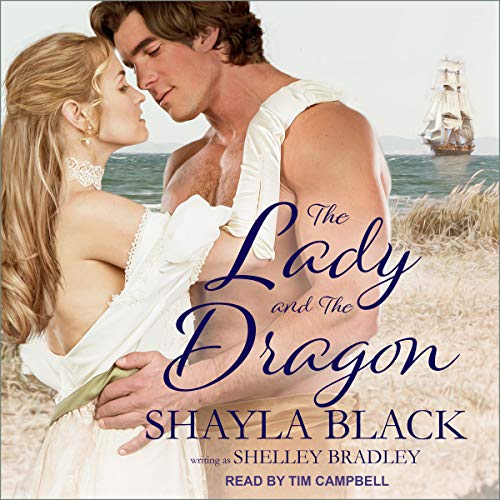 The Lady and the Dragon

The Lady and the Dragon

Lady Christina Delafield was as bold as she was beautiful. When her overbearing grandfather threatened to tame her in a Swiss finishing school, Christina stowed away on the first ship leaving London harbor, determined to make her own way in life. But the mysterious captain of the Dragon's Lair was a seductive reason to relinquish her independence - and embrace desire.

Drexell Cain had lived for four years as the merciless Black Dragon, the scourge of the seas. Bent on rescuing his brother from the British Navy, Drex would do anything to return him to his wife and son in Louisiana - even kidnap the Lord Admiral's granddaughter for ransom. A lovely blonde stowaway was an unexpected complication, until he discovered her real identity - and her passionate claim on his lonely heart.

Really very Good kept me on my Toes till the very end exciting, Romantic and very enjoyable