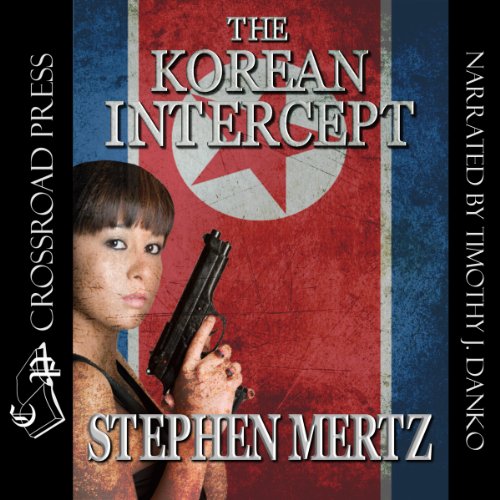 Kate Daniels is a co-pilot aboard the space shuttle Liberty. Liberty is to deploy a space defense system satellite created with the latest American technology. The shuttle crash-lands in the uncharted, mountainous frontier between North Korea and China.

As the ranking able-bodied officer, Kate takes charge, evacuating the crew from the crash site. A mountain warlord captures the Liberty's crew, intending to sell the shuttle and its cargo to the highest bidder. On the world stage, this crisis rapidly escalates. The North Koreans forbid an American search and rescue operation, sending their own troops into the region instead.

The technology on board Liberty is invaluable to both the North Koreans and the Chinese. The U.S. President orders American armed forces to full alert, preparing for a military incursion to locate the shuttle. This could be the flashpoint for the long-feared nuclear showdown between North Korea and the U.S.

Monitoring these spiraling events with a personal interest is Major Trev Galt, Kate Daniels' estranged husband. Since his breakup with Kate, Galt has become romantically involved with Meiko Kurita, White House correspondent for a Japanese news agency. Galt had thought he was over his wife, but Kate and the shuttle disappearing without a trace re-ignites his unresolved feelings for her.

While Kate and her crew struggle to survive, Galt and Meiko risk their lives to untangle the Korean Intercept; a race against time that pitches them into a labyrinth of treachery reaching from the corridors of Japanese corporate power to the blood-splattered back alleys of Tokyo, from the White House to the barren, hostile mountains of North Korea.