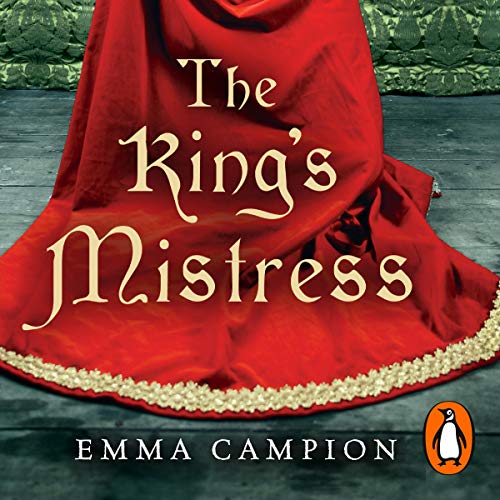 By: Emma Campion
Narrated by: Nicolette McKenzie
Try for £0.00

'When had I a choice to be other than I was?' From childhood Alice Salisbury has learnt obedience in all things and at fourteen dutifully marries the man her father has chosen for her – at the cost of losing the love of her mother forever and the family she holds dear. But merchant Janyn Perrers is a good and loving husband and Alice soon learns to enjoy her marriage. Until a messenger brings news of his disappearance and she discovers that her husband had many secrets, secrets he didn’t want her to know – but which have now put a price on her own head and that of her beloved daughter.

Brought under the protection of King Edward III and Queen Philippa she must dutifully embrace her fate once more – as a virtual prisoner at Court. And when the king singles her out for more than just royal patronage she knows she has little choice but to accept his advances. But obeying the king brings with it many burdens as well as pleasures, as she forfeits her good name to keep her daughter free from hurt.

Still a young woman and guided by her intellect and good business sense she learns to use her gifts as wisely as she can. But as one of the king’s favourites she brings jealousy and hatred in her wake and some will stop at nothing to see her fall from grace.

What listeners say about The King's Mistress

Would you consider the audio edition of The King's Mistress to be better than the print version?

Yes because of the narrator Nicolette Mc Kenzie, she makes the characters come alive and you can feel their presence , its amazing.

What was one of the most memorable moments of The King's Mistress?

There are many moments that stick int he mind , it made you think of how sometimes history is subjective, and how little we really knew of what went on which makes this version plausible if improbable.

All of it she is a talented performer.

there were many moments .

This was an interesting book to listen to which spanned years of Alice Perrers life. I greatly enjoyed the rich history and fine details and stories about Alice's life and perhaps how things could have been in the real life of Dame Alice. She is not vilified here as in history and offers a different perspective to this notorious figure and how she seemed to 'helplessly' fall into the life she had. I enjoyed the book and although there were some brief moments of boredom which lasts a few moments, overall it sets a nice pace for a period piece.