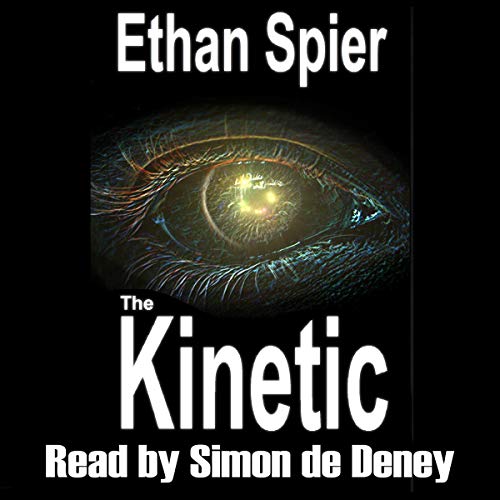 By: Ethan Spier
Narrated by: Simon de Deney
Try for £0.00

Warning: This is the second book in the Kinesis series and the following synopsis contains spoilers for book one.

Seven years after her father was shot by police officers, Holly Samson studies at a college in Lakebridge when a killing spree forces her to face the fact that she, like her father, is a Kinetic.

Clarissa Chapman, now a superintendent of psychokinetic investigations, finds herself caught between the desperate hunt for a Kinetic serial killer and a search for the truth behind the ability.

With the help of a former colleague, and a man who has a remarkable grasp of the ability, Clarissa realises that Holly is becoming increasingly important in the search for where the origins lie.

As the hunt for truth begins to unearth answers, more questions arise, and the realization slowly dawns that Kinetics are far more dangerous than anyone had previously feared.

What listeners say about The Kinetic