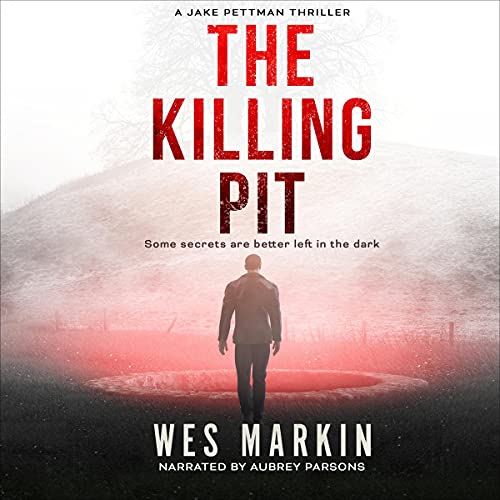 By: Wes Markin
Narrated by: Aubrey Parsons
Try for £0.00

A broken ex-detective. A corrupt chief of police. A merciless drug lord.

And a missing child.

Running from a world which wants him dead, ex-detective Sergeant Jake Pettman journeys to the isolated town of Blue Falls, Maine, home of his infamous murderous ancestors.

But Jake struggles to hide from who he is, and when a child disappears, he finds himself drawn into an investigation that shares no parallels to anything he has ever seen before.

Held back by a chief of police plagued and tormented by his own secrets, Jake fights for the truth.

All the way to the door of Jotham MacLeoid.

An insidious megalomaniac who feeds his victims to a Killing Pit.

And the terrifying secrets that lie within.

The Killing Pit is an adrenaline-pumping crime thriller novel from the Amazon best-selling author of One Last Prayer for the Rays, and the DCI Yorke series. Perfect for fans of Chris Carter, James Patterson, Chris Brookmyre, and Stuart Macbride.

What listeners say about The Killing Pit

I was looking forward to this book for ages and it did not disappoint. It is fantastic. I love that this series links with the last one.

I enjoyed the storyline, characters and the narration. Looking forward to the next book.

After becoming a fan of Wes Markin I was intrigued to see this new series and he certainly does not fail once again. This book is fast paced and edge of the seat stuff. It's a bit dark and some of the action is upsetting with dogs being injured and worse in fighting rings but despite that its a brilliant read. Can't wait for further titles featuring Jake Pettman. Aubrey Parsons once again excels in his narration which really enhances the quality of the story in my opinion, if a book deserves 10 stars then this is it.
I was kindly given this copy of the book and have left this totally voluntary review.