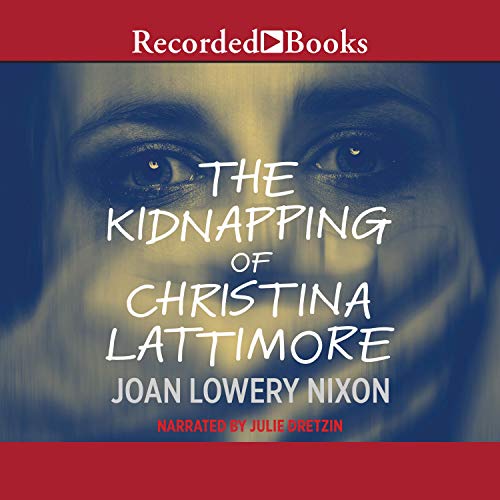 The Kidnapping of Christina Lattimore

Christina Lattimore’s family is wealthy and powerful. She attends the best private high school. Yet Christina feels trapped by her family’s expectations. Frustrated and angry at her situation, she pays little attention when a strange car follows her home one night. Its headlights are the last thing she remembers until she wakes up in captivity. Christina is terrified when she realizes kidnappers are holding her for ransom. But after her rescue, she faces an even greater shock. Her family thinks she was an accomplice in her own kidnapping! Can she convince them of her innocence?

Joan Lowery Nixon is called the grande dame of young adult mystery writers. Winner of four Edgar Awards, she captivates her fans with this suspenseful tale that explores issues of communication and trust. Narrator Julie Dretzin dramatically portrays Christina’s thoughts as she struggles to clear her name.

What listeners say about The Kidnapping of Christina Lattimore

This went beyond my expectations!! I loved the way the narrator uses the accents in the story to describe the characters. It always had my mind working, thinking, and processing the all that happened in the book. 😋