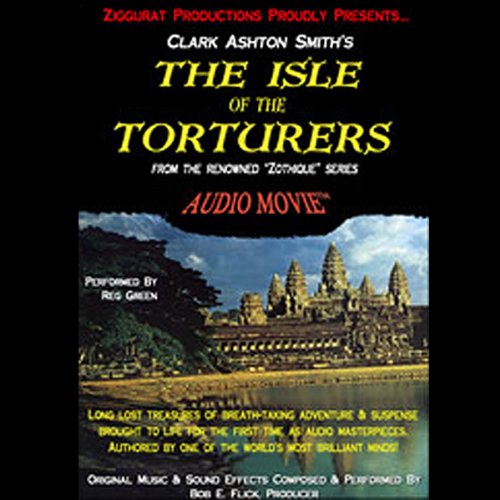 The Isle of the Torturers

By: Clark Ashton Smith
Narrated by: Reg Green
Try for £0.00

Zothique is Earth's last continent in the very distant future when the sun has grown dim, the work has grown old and the remorseless seas have overwhelmed all other continents. The sciences have been forgotten as the shadowy arts of sorcery and magic have been reborn. The result: a dark world of older mystery where luxurious kings and wandering heroes venture across dim landscapes, pitting their strength and wisdom against powerful wizards, necromancers and alien gods all under a dying sun.

The plague of the "silver death" descended hard upon the land or Yoros, exactly as foretold by ancient astrologers. Countless victims fell instantly where they were stricken, including messengers racing to tell of itscoming. Young King Fulbra, protected from the plague by a magic ring, fled Yoros by ship in search of an island his advisors believed would welcome him. Before long, however, a sudden hurricane set the king on course for another island with a very different reputation. A heart-pounding nightmare of betrayal, torture, death, and that magic ring.

What listeners say about The Isle of the Torturers