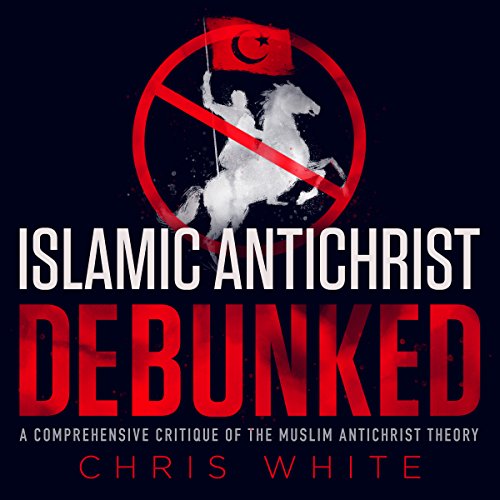 Never before has such a complete refutation of the Islamic Antichrist theory been in audio.

Chris White critiques all the major arguments from Islamic Antichrist proponents such as Joel Richardson and Walid Shoebat in a respectful but poignant way. He uses sound methods of biblical interpretation to show that the Islamic Antichrist theory is seriously flawed.

You will never see the Islamic Antichrist theory the same way again.

What listeners say about The Islamic Antichrist Debunked

I very much enjoyed reading and listening to the audible version of this book. Christ is very knowledgeable of the details of Eschatology.

The common Christian theory that the Antichrist is supposed to be Muslim is misinformed, devious and dangerous. This book digs deep into Christian and Islamic eschatologies and explain why this theory is entirely wrong. Although Christian-centric, I believe it is an example of how to debunk misinformation wherever it is found.

chris has a clear easy to listen to voice, great job! I use Chris White audio books as a temporary replacement to his podcasts that I miss a lot. hope they come back one day