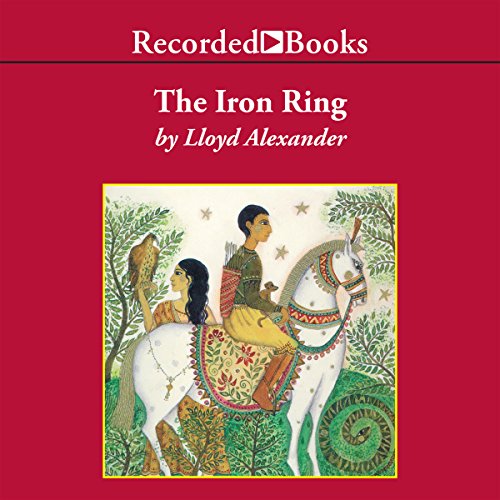 By: Lloyd Alexander
Narrated by: Ron Keith
Try for £0.00

“Look into the tiger’s eyes. I wish to show you lives different from your own,” Soma-Nandi tells the boy-king Tamar. When you join Tamar on his enchanted journey, you too can look into the tiger’s eyes. But beware, for along the way, nothing is as it appears to be: Forest creatures speak and populate hidden kingdoms, hacked-down vines regenerate before your very eyes, and holy men spring up from ant hills.

In a dream, Tamar has lost everything to the impressive King Jaya in a game of dice. Tamar feels honor bound to obey the king’s command: He must give up his kingdom to travel to a Jaya’s domain. His obligation is confirmed when he awakens to find an iron ring on his finger.

What listeners say about The Iron Ring

Loved it. At first put out by the voice, but really enjoyed the book overall. Thank you.