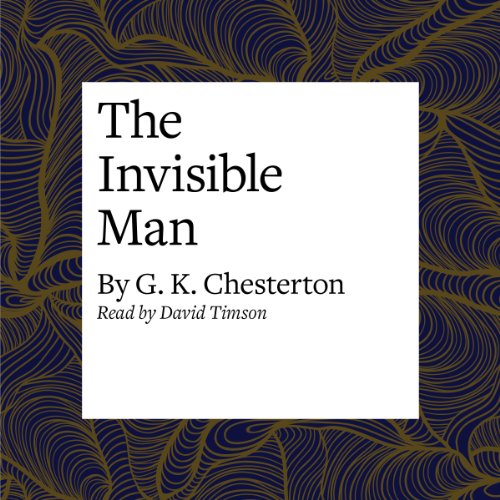 In this installment of G. K. Chesterton's series of short stories about detective/priest Father Brown, John Turnbull Angus proposes to Laura Hope, who turns him down. Intending to scare him away, she tells him of two horribly ugly suitors from her past who competed for her love. One, Isidore Smythe, has been receiving death threats if he marries Laura, and Father Brown is called into action to find the source of these warnings. As the action builds, so does David Timson's increasingly spirited performance, creating suspense as the clever Father Brown solves yet another mystery.

This is a story from the The Innocence of Father Brown collection.

Father Brown is an eccentric priest with his own particular ways of dealing with crime. David Timson, having completed the whole of Arthur Conan Doyle's Sherlock Holmes canon, a remarkable achievement, turns his hand to the genial but certainly not innocent priest! This collection contains a group of stories from the Innocence of Father Brown, told unabridged.