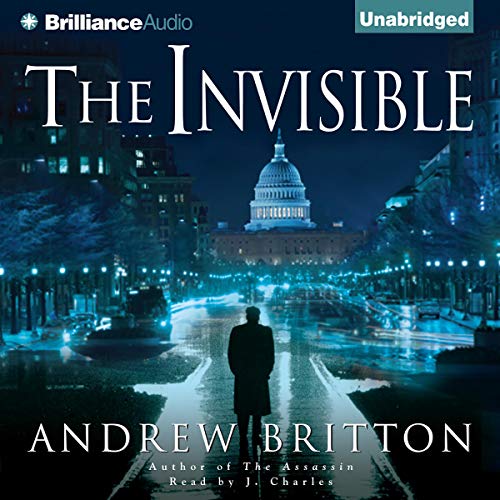 For more than a decade, Ryan Kealey has been a key player in the war on terror. First, as a captain in the U.S. Army's third Special Forces Group, then as a contract operative with the CIA. His actions have saved thousands of lives, including that of the U.S. president. Now, once again, Kealey receives the call of duty - only this time, the odds for success are slim to none.

Tensions between Pakistan and India are at an all-time high. To complicate matters, 12 American climbers have disappeared in the snow-capped peaks of Pakistan's Hindu Kush range. The president is demanding answers, but neither government is supplying them.

As the conflict escalates, Brynn Fitzgerald departs Washington D.C. on her first official trip as acting secretary of state. Her goal is to serve as an intermediary between the leaders of both nations as well as to ensure all efforts are being made in the search for the missing American climbers. But when Fitzgerald's motorcade is ambushed on the outskirts of Islamabad, her back-up team arrives to discover a disastrous scene: dozens are dead, including seven diplomatic security agents, and the secretary of state has vanished without a trace.

In the wake of the unprecedented attack, Kealey's operation goes into high gear. Once again, he is joined by Naomi Kharmai, the British-born analyst who has taken on a daring new role with the Agency. But Kharmai is becoming as unpredictable as the man they're going after, and as they work their way toward the target, it becomes clear to Kealey that anyone is fair game - and no one can be trusted.

What listeners say about The Invisible

Well I have to agree with the previous reviewer. I have no doubts that if I read this book it would get a 4 but the narrator lets it down badly. I try to choose books with british narrators especially if there is likely to be a range of characters male and female as I feel they tend to do better with different accents. If Im honest, I'd prefer this book read by a brit putting on an American accent as I feel they would have dealt with the 'english', 'French or was it Spanish' and 'Pakistani' accents. If this book was purely with American accents and just blokes in the main character roles the narrater would have been perfect. I know its difficult to get a male voice to play a female one but this was no where near and the female accents were appalling!The femaile CIA operative from Spain or was it France sounded like a drag queen impersonating Celine Dion! Accents aside, the story was excellent and it would have been higher if it wasn't for the narration. I assume the author doesn't have a say as to who narrates there book but if he did, i'd be tempted to give it 2! As a blind subscriber the quality of the narrator is as important as the author and in some cases can make a poor story better. In summary, the male American accents are excellent, female English/Asian CIA operative accent is palletable, the baddies (especially the General) accents are stereotypical and bad and finally the female CIA operative from Spain/France/French Canadian accent very very painful. You'd be better reading it yourself if you have the choice.

Poor Mr Britton... he writes what is probably an amazing book, full of tension and political intrigue but somehow, some fool gave the narrator's job to one, Mr J. Charles... a narrator who decided that one character will be read throughout with clenched teeth (honestly!) to differentiate him from the others... one character (a woman) has a bizzare faux English accent and another has a sort of appalling French accent that is so toe-curlingly bad that it's embarrassing to listen to... result: 15 hours of wondering who the fool was who gave the narration job to Mr J. Charles... a person who delivers the same quality of narration as a seven year old would when told to stand up and read in front of a class. If there are audio police, I urge them to arrest the person who gave the job to Mr J. Charles and the man himself and charge them both with crimes against listeners everywhere.

sometimes you try to listen to a book, and it's soooo bad that you keep telling yourself you must go write a review to save others the torture. the narrator, Mr. J. Charles, was bad enough - worst narrator ever for a terrorist thriller!!! - but a thriller that is non-stop background narration/explanation?!? very poor use of dialogue and other techniques to develop the story. it drones on and on and on. I usually consume a quality thriller in 3 days or less, but this one bored me to sleep - figuratively and literally - so many times that I had to go back and re-listen to parts over and over. a huge waste of a potential

Best to skip this one

This book is a bad combination of the wrong narrator, armature writing, and not even good characters. The result is a book you struggle to stay with and one you want to turn off. The narration is awful. This is the first book I have listened to that J. Charles was the narrator. He was totally wrong for this work. He can’t do accents, can’t do women and he sounds too old to be a vibrant young Ryan Kealy. The book itself contains too much ‘lecture’ background that isn't creatively written, the dialogue is unsophisticated (hard to believe the President and senior officials speak so simply). And for the US’s top operative, the President’s go to guy, well he sure behaves like an inexperienced operative. I have listened to others in the series and this clearly is one to skip.

In print version the book would be compelling---however, the new narrator is so poorly suited that I had to struggle to finish the book!

A good read, not as riviting as Britton's first two thrillers. The characters aren't as strong and the storyline is more predictibile. The book is still well worth reading.

This was a good book completely destroyed by the horrific narration. I've listened to 200 or so audiobooks and have never experienced such terrible accents and inappropriate inflection.

Sadly i did not enjoy the reading . it has always been Christopher Lane reading the books. he had so much more. other than that Andrew Britton story telling is top notch

Book is good but narrators inability to use more than one voice is a little annoying.

Was a expecting a Vince Flynn action packed narrative, fell Way below the mark.

I wasted my freebie for the month!

As usual another great narration! Ryan Kealy is a great American. Wish there were more like him.

Not Sure I Like the Author's Portrayal of Women

It was ok, not my best listen, not the worst.

It was ok, a bit slow at times, too much explanation of what people were wearing when it had no real impact on the story and just seemed to fill space with some details that just weren't worth knowing.

I didn't like his performance - Christopher Lane does a much better job. I found the J. Charles didn't hold my attention as well, I had to rewind and listen to several parts as my mind wandered away from his narration.

Do you think The Invisible needs a follow-up book? Why or why not?

Sure, I do like the main character for the most part. I enjoy getting to know them and watch them mature and change.

I feel this author does a good job of plot writing, but I take issue with how he portrays women in his books, we aren't all nuts. I feel that he makes the women seem trite and in this one a bit crazy and too emotional at times. I would like to see him portray a strong and confident woman in a role with the main character.