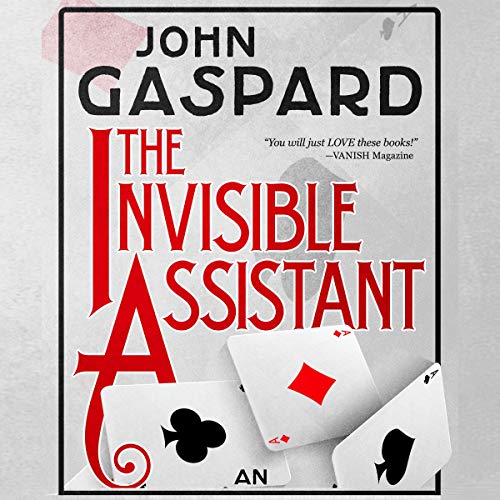 By: John Gaspard
Narrated by: Jim Cunningham
Try for £0.00

There's no question it was murder. But who killed whom?

What begins as a typical corporate event for magician Eli Marks turns into a twisted mystery when he is called to the site of a recent murder/suicide.

Confronted by the details of the grisly crime scene, Eli must sort through the post-mortem clues - and the bickering of the officials as well as a poorly-timed allergy attack - to determine just who murdered whom.

What listeners say about The Invisible Assistant

It was a good locked room type misery. I know the main characters so it probably helped my enjoyment. ( worth taking a look at main series if you liked it as similar style but compacted) I have read quite a lot of crime but had not come across quite this idea as a solution so it was pleasingly novel for me. Not sure if everything was completely plausible but was short and sweet.

Short Story? Better than no story...

Would you consider the audio edition of The Invisible Assistant to be better than the print version?

I like that you felt like an insider to the characters because the exposition was minimal. Probably those familiar with the series would enjoy this more than a newcomer for that reason.

Have you listened to any of Jim Cunningham’s other performances before? How does this one compare?

I have listened to every Eli Marks available, and Jim Cunningham is PERFECT for these stories. Just a great character actor behind the mic.

Nothing extreme, although I was sad that it ended so quickly, as SHORT stories tend to do.

Looking forward to the next audiobook release. The last one is taking too LONG!