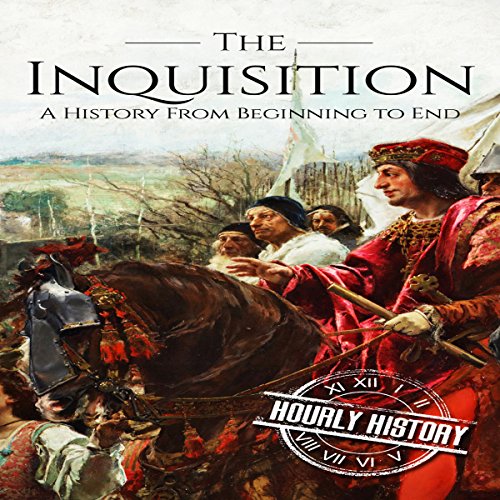 The Inquisition: A History from Beginning to End

By: Hourly History
Narrated by: Scott R. Pollak
Try for £0.00

Throughout its many variations, the Inquisition took hold in France, Spain, Portugal, and Italy and in the process, both hastened and stunted progress in Western society. The Inquisition was as multi-faceted in its failure as it was in its successes. Though it was responsible for the deaths of thousands, it was also responsible for the sparing of thousands more. The Inquisition put to death some of the brightest minds of the time, and yet their brutality quickened the pace of the Renaissance and the Enlightenment. In short, the Inquisition was many things - easy to define is not one of them. This concise, compressed audiobook reveals the history, failures, and successes of the Roman Catholic Inquisition from its birth to its final death rattle.

What listeners say about The Inquisition: A History from Beginning to End