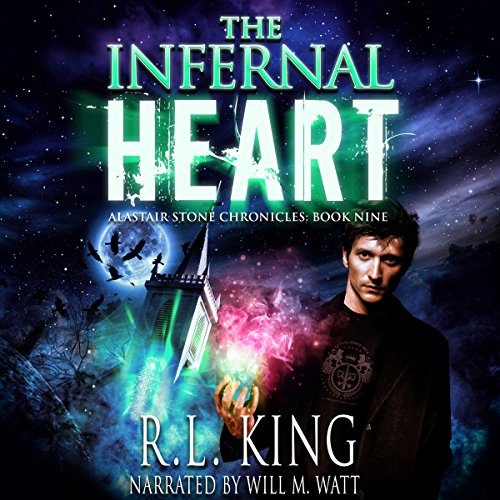 Heart of the matter.

When a police detective approaches Alastair Stone to consult on a grisly occult-related murder, he initially considers it nothing more than an intriguing puzzle to fill a few dull late-summer hours.

But then the detective becomes a victim, and the murderer begins taunting Stone, daring him to discover the truth before more of his friends join the list of targets. As he delves deeper into the case, Stone soon learns that the murderer isn't human - and has committed similar crimes in the past. Why has it resurfaced again after all these years, and how can Stone stop something that can move without a trace?

Aided by a devout young woman with secrets of her own, an elderly researcher, and a cat with a bizarre connection to one of the victims, Stone must call up new depths of courage as he tracks the killer to its horrific lair. But when he finds it, will he be strong enough to destroy it?

What listeners say about The Infernal Heart

Excellent. Dr. Alastair Stone is on to another challenging adventure. This series is one of my favourites in my collection of books. Well written and well performed. I hope R L King will continue with more books in this series. I love every book! Brilliant writer!.

These last two books have taken a rather Dark and violent path. Will probably do one more then decide if I will continue with the rest of the series.

I really enjoyed this book. Alastair has come a long way. I hope Grace will become a regular friend of Stones.