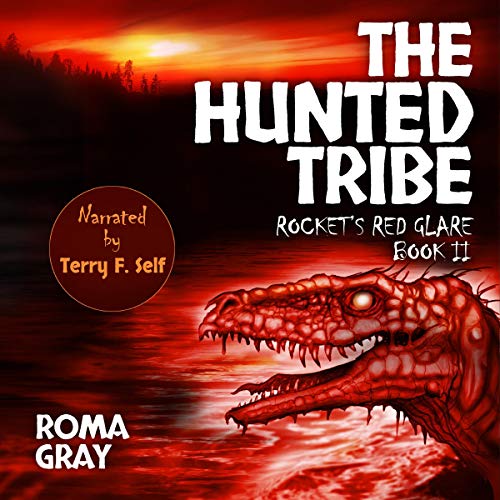 By: Roma Gray
Narrated by: Terry F. Self

Who is the killer? A monster...or Sean Wolf’s own grandmother?

Gregg Redcrow is dead and someone killed him. Sean’s mentally-ill grandmother claims it was the Grishla, a dinosaur animal spirit hell-bent on destroying Sean, his family, and the entire Dwanake tribe. She also claims he is the Ultra Witch, the most powerful witch ever born who is destined to slay the beast. But that’s just one of her delusions...right?

The more Sean investigates, the more he doubts everything he has been told as well as his own sanity. Someone is drugging his food...his friends are starting to act strange...and all the while, the clock is ticking down to the day he has to return home. If he leaves, who will take care of his grandmother as her illness progresses? Even worse, if she did indeed murder Gregg, will she kill again?

A terrible dread begins to seep into his bones, and he can almost see the red glare of doom on his horizon....

What listeners say about The Hunted Tribe

Another great book by Roma Gray. This story just keeps getting better and better. It's hard to narrow this series down to a single style. Supernatural, young adult, suspense, and horror seem to be the best. I mean you have a young witch having to fight a mysterious animal spirit from thousands of years ago....or is it all a lie??

Sean Wolf is staying with his grandmother for the summer after being accused of using witchcraft to start a fire in his parent's home. She is filling his head with stories about a dinosaur animal spirit that has cursed his family and their tribe for centuries. But, is the Grishla real or is his grandmother really mentally ill and causing all the problems and deaths?

As usual, Roma Gray has written a fast-paced story, full of mystery, monsters, and great characters. The added bonus of Native American spirituality makes the story more unique and entertaining.

The narrator, Terry Self, does a great job and really adds a lot to the listener's enjoyment of the book. His perfect pacing and accents keep you engaged in the story and kept me listening long after I needed to quit.

This book can be read as a standalone, but I would recommend reading the first book before this one in order to get the full effect of the story. This second book ends on a bit of a cliffhanger and I can't wait to see what Ms. Gray has in store for Sean and his friends in the next installment.

I was given the chance to listen to the audiobook version of this book by the author and chose to review it.

I always love Roma's books, especially when narrated by Terry F. Self. The Hunted Tribe series does not disappoint!!