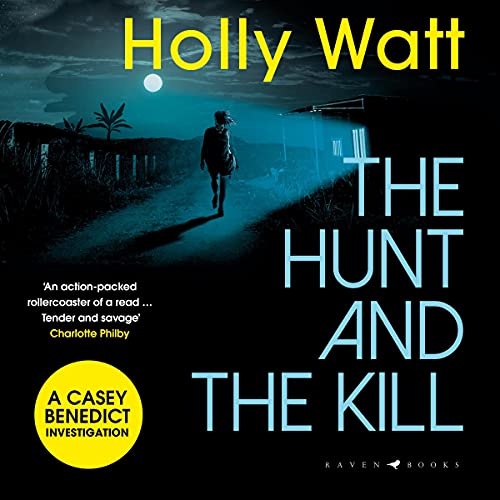 The Hunt and the Kill

By: Holly Watt
Narrated by: Jasmine Blackborow
Try for £0.00

Bloomsbury presents The Hunt and the Kill by Holly Watt, read by Jasmine Blackborow.

When acclaimed undercover journalist Casey Benedict is asked to interview a young woman with a life-limiting genetic condition, the patient’s doctor alerts her to an alarming rise in antibiotic-resistant infections, tipping her off about a potential new wonder drug.

If the rumours are true, this new antibiotic could save millions of lives, but no one seems to know if the drug even exists.

Then tragedy unexpectedly strikes and Casey begins to suspect a cover-up. But she is not prepared to let the story drop, no matter how much danger she - or those she loves most of all - are put in.

A searing, pulse-racing thriller that sees Casey on a hunt around the globe as she pursues a major exposé into pioneering medical research and drugs that could change the world.

The Hunt and the Kill is the third book from Holly Watt featuring Casey Benedict.

"A taut, compelling, brilliant thriller that once again throws the reader into the dangerous and wonderful world of Casey Benedict. Totally engaging." (Gytha Lodge)

"A truly pulse-pounding thriller, and another tour de force for Holly Watt and her brilliant creation Casey Benedict - breathless, fascinating and all too terrifyingly plausible." (Tim Glister)

What listeners say about The Hunt and the Kill