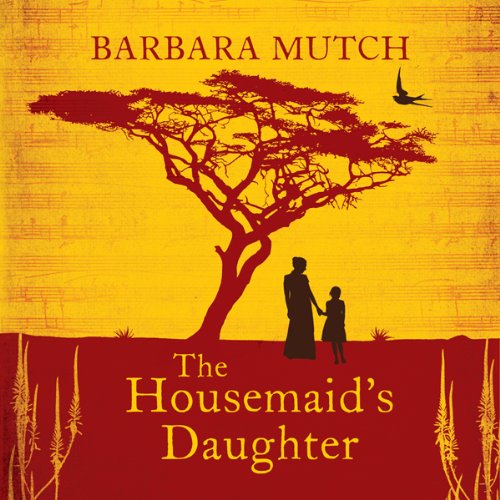 Cathleen Harrington leaves her home in Ireland in 1919 to travel to South Africa and marry the fiancé she has not seen for five years. Isolated and estranged in a harsh landscape, she finds solace in her diary and the friendship of her housemaid's daughter, Ada. Cathleen recognises in her someone she can love and respond to in a way that she cannot with her own husband and daughter. Under Cathleen's tutelage, Ada grows into an accomplished pianist, and a reader who cannot resist turning the pages of the diary, discovering the secrets Cathleen sought to hide.

When Ada is compromised and finds she is expecting a mixed-race child, she flees her home, determined to spare Cathleen the knowledge of her betrayal, and the disgrace that would descend upon the family. Scorned within her own community, Ada is forced to carve a life for herself, her child, and her music. But Cathleen still believes in Ada, and risks the constraints of apartheid to search for her and persuade her to return with her daughter. Beyond the cruelty, there is love, hope - and redemption.

I was captured in this world.

A delight of a book, not to tough going but still tackling very difficult issues.
I loved the characters and really warmed to them.
I loved it.

Conflicted - lots of good bits but let down

Would you try another book written by Barbara Mutch or narrated by Lisa Dillon?

Would you ever listen to anything by Barbara Mutch again?

Maybe - depends on the topic

What aspect of Lisa Dillon’s performance might you have changed?

Lisa has a beautiful voice and reads incredibly well. Unfortunately she doesn't know how to pronounce some of the words, and that jarred with me. Not her fault. Probably not many people would be bothered but if you know how these words should be pronounced you cringe a lot. Koppie is said with a short o: Ko'ppie, not copey

What character would you cut from The Housemaid's Daughter?

No one - the author is very disciplined with respect to her characters. I do wish she had given them more depth though. Some, like Ada and Cathleen, we get to know well. Others are cardboard like- two dimensional. I would have liked to get into Edward's head a bit. Also - the Auntie is just horrible - no redeeming features. I've not met many people like that. Most people are horrible to their own benefit - they treat people badly to get a benefit for themselves. Being horrible for no good reason isn't realistic.

I liked the first half of the book - it was realistic enough and enjoyable and the writing is evocative of a part of the world I know well. Then it went past the realms of realism. Ada was so perfect, so wonderful, so unbelievable. I also felt that the world in this book was rather black and while:Phil was good, Rosie bad, Cathleen good, Edward bad, Auntie bad, Lindiwe good. Unfortunately, this book makes Ada a saint, and her mother too, and in real life I have never met a saint. Everyone has flaws, everyone is human.I'd like to have seen her do something for her own benefit just for once

such an amazing story...very moving but not authentic with an English voice..so many words wrongly pronounced

The story had many positive aspects, so it is hard to choose just 1 which I liked best. It is very well written, inducing a myriad of emotions in the reader/listener - at times heart warming, and at others sad. We follow the life of a black South African maid from before, during, and after the end of apartheid. The tempo is very well managed, given how much ground is covered, and I did not feel any sections to be either rushed or over-long. It also comes across as very real - we hear about the struggles of the black and coloured (mixed race black and white) communities, and the bigoted views of many white people. It is personalised by focussing on the life of one individual, which really draws you into the story. I would definitely recommend this audiobook.

A poingnat story of a domestic worker who fathers a child by the owner of the house where she lives and works. Not an uncommon occurance during apartheid in South Africa.
I really enjoyed the book, but the fact hat it was narrated by a person with a strong English accent who pronounces sung by saying sung..G.. empahis on the silent G, was irritating.
And the mispronounciations of the South African words as well as Afrikaans and Xhosa words and names was irritating too. Surely the narrator does some research before embarking on narrating a book that has some relation to another language? Simple pronounciation like the Fish River in Afrikaans Groot Vis.. The Gr in groot pronounced the same as the CH in Loch.. and the work Vis, proonunced the same as hiss, but with the V sounding as an F. Silly I know, but being South African it reduced the authenticity of the story and I can only blame the author for allowing it to be distorted by a bad English accent.

A really excellent and heart breaking South African story. I have the printed book, but decided to get the Audible version so I could continue to listen to the story when I couldn't sit down and read.

The narrator, although good, was not South African, and many words were pronounced incorrectly, which became very jarring and ultimately irritating to listen to. This may not bother anyone who isn't a born and bred South African, but I would recommend either get to grips with the correct pronunciation of Afrikaans or other SA ethnic language words before narrating, or use a South African who can read in the authentic tongue.

What made the experience of listening to The Housemaid's Daughter the most enjoyable?

Trying to envision the characters was most enjoyable.

Ada and Dawn were a tie for favorite character.

Which character – as performed by Lisa Dillon – was your favorite?

I would say that Mrs. Kath was the best performed.

The ending was the most moving for me.

I felt that the narrator's perfect British accent put me off and kept making it hard for me to visualize Ada as a black South African woman. I think a true South African accent would have been more apt.