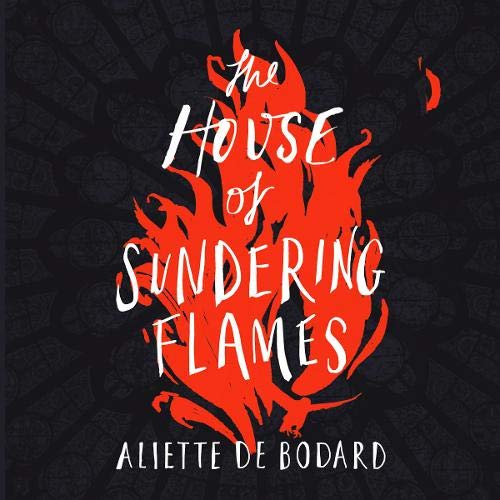 The House of Sundering Flames

By: Aliette de Bodard
Narrated by: Peter Kenny
Try for £0.00

The multi-award-winning author of The House of Shattered Wings continues her Dominion of the Fallen saga as Paris endures the aftermath of a devastating arcane war....

Aliette de Bodard is 'one of the most influential voices in fantasy today', according to Starburst. A Franco-Vietnamese writer living in Paris, she's the mother of two, qualified as an officer in the French military, is a very talented cook, understands everything it's possible to understand about applied maths and, in her day job, literally keeps the trains running for the Paris Metro.

That's in addition to being an award-winning writer who has won:

And she's been a finalist for: the Hugo Awards, the Sturgeon Awards and the Tiptree Awards.

In addition to the considerable strength of her storytelling and world, Aliette is a high-profile author, a regular guest of honour at events and conventions, and recommended by booksellers in the same breath as Zen Cho, Naomi Novik, Cixin Liu and V. E. Schwab.

What listeners say about The House of Sundering Flames

Lesser of the three

After enjoying the first two book in this series this third one was a slight disappointment. So many characters I lost track at times, the villain is built to be this unstoppable force and is then easily dealt with and one major character is dispensed with in a cavalier fashion.

The narration is good, Peter Kenny again does a great job.

Loved this series from beginning to end - one of the best things to happen in fantasy in a long while. A richly imagined world, complex and often ambivalent characters, all what you wants it's got. My complaints are few and slight: the conclusion to this story is a little too complete and closure-y for my tastes, though others will appreciate that, and while Peter Kenny does a very good job I'd have preferred someone from a Vietnamese background as performer given the core cast of characters. Still, while this story is very much complete the world is left ready for new stories - fingers crossed that de Bodard comes back to it again.