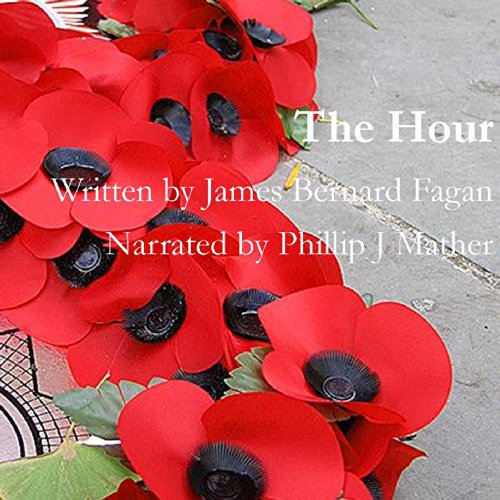 The narrator pledges to donate 50% of his proceeds to The Royal British Legion Poppy Day Appeal - please support. "The Hour" by James Bernard Fagan (1873-1923) was published in Poems of the Great War in 1914 on behalf of The Prince of Wales' National Relief Fund. Fagan was an Irish-born actor, poet and playwright.

What listeners say about The Hour

God Give Us Victory!

Would you consider the audio edition of The Hour to be better than the print version?

I think the two go well together. I actually listened to it and read it line by line at the same time.

1. The narration was spot on. This seems like a more down to earth poem than some of the other war poems that Mr. Mather has published on Audible, and his narration was subtly different for it.

2. The poem portrays how English folk viewed the might of the British Empire at 1914 and its control of the seas. Today Britain is vastly different, so it is historically educational to get this old viewpoint.

What about Phillip J. Mather’s performance did you like?

The tempo in which he read this poem was perfect, almost like a song by sport fans.

Each stanza ends with God Give Us Victory!

It shows how to the poet the war was one of survival. He did not have the distance of a century to judge it as we do.