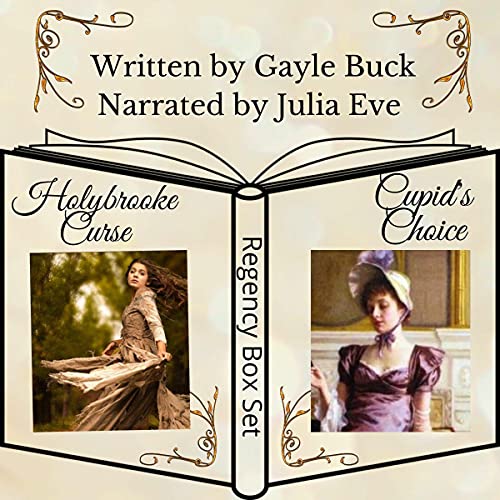 The Holybrooke Curse - Penelope Childe is contracted to wed a man that she's never met before. She dislikes her betrothed, Lord Taredell. The family is gathered at the manor, and the centuries-old Holybrooke curse has struck again. With a murderer in the house, dare she trust in his lordship?

Cupid's Choice - Guin Holland dreads her London debut. She is to be married off to the highest bidder. Bullied by her mother, she stammers, and is horribly shy. Sir Frederick Hawkesworth has a soft spot for damsels in distress. A suave diplomat, Sir Frederick sets in motion a conspiracy to aid Miss Holland's entrée into polite society, with surprising results.

What listeners say about The Holybrooke Curse & Cupid's Choice