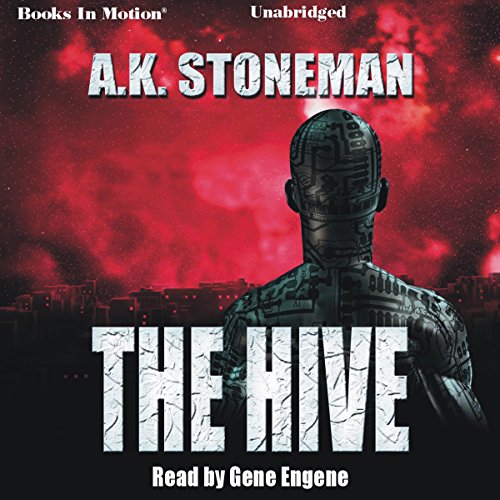 By: A. K. Stoneman
Narrated by: Gene Engene

The Hive – a distant planet where Mankind has sent probes and equipment to manufacture energy substances. Upon arriving, the harvest crew finds the equipment has evolved into humanoid robots. As the humans become more familiar with their robot servants, they realize their off-world potential and attempt to remove the entire race from their home planet. Primerus, the robot’s leader begins a resistance to the humans using technologies he encountered and a few he invented on his own. Primerus’ advances have left him part machine, part biological monster and his fight escalates into an all-out war against the humans on his home world Isis.

What listeners say about The Hive

I really could not get past the very poor narration and writing. The story occurs some time in the future (2300+). The portrayal of the soldiers of the time as being idiots, exhibiting poor grammar and no imagination is just too lame. The narrator, when reading those characters, stylized his voice to match the stupidity of those characters. I have listened to over 200 audio books and this is only the second book that I could not force myself to finish. I did manage to get past the halfway point - but it was a waste of time.

More from This author. I was sorry the story was over. GreatStory-Greatliste. Highly recommended for all ages